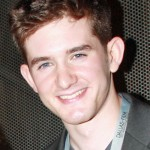 Noah Hutton ’09 has directed and scored a new documentary, More to Live For, which was shown recently at the Dallas International Film Festival. According to Glenn Hunter in the Dallas-based D Magazine, the film focuses on “three cancer victims searching for the bone-marrow transplants that could save their lives. The three are Dallas entertainment-insurance executive James Chippendale; Nigerian athlete Seun Adebiyi; and multiple-Grammy-Award-winning saxophone player Michael Brecker, who eventually died. Brecker’s widow, Susan Brecker, and Chippendale co-produced the film, which is intended to raise awareness about the importance of bone-marrow donation.”

Hutton is currently a creative director at Couple 3 Films, a New York City production house. He is in the process of producing 30 original short films about psychology and neuroscience for Scientific American, as well working on a long-term documentary project about Swiss neuroscientists who are trying to simulate an entire human brain on IBM supercomputers.