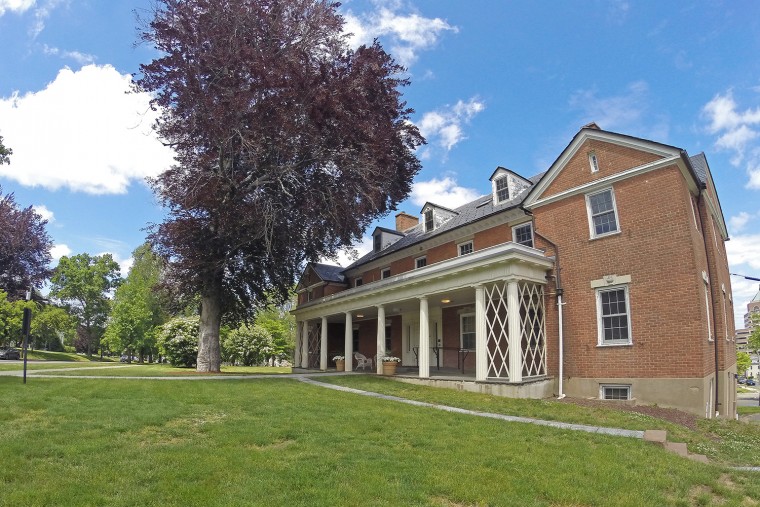 “How much do Americans know about the kitchens and the bathrooms and the marriages of places anywhere else in the world?”

Bernardo Antonio Gonzales, professor of Spanish and founder of the Center for Global Studies, asked the question to pose a self-admittedly trivial but thematic backdrop for the annual Contemporary Cinema from the Hispanic World Film Series.

Along with María Ospina, associate professor of Spanish and Latin American studies, Gonzales has curated a series of films by young directors from Mexico, Argentina, Costa Rica, Puerto Rico and the Dominican Republic.  “These films have little chance of making the commercial circuit in the United States,” Gonzales said.

“Landfall,” a Puerto Rican film directed by Cecilia Aldarondo to be screened on September 28, positions the Puerto Rican debt crisis as a storm which preceded María. With Puerto Rico currently amidst the aftermath of week-old Hurricane Fiona, Gonzales said “Landfall” has a certain timeliness.

“And this is not going to be the last natural disaster,” he said.

“Clara Sola,” a Costa Rican film directed by Nathalie Álvarez to be screened on October 5, follows the relationship between a sexually-awakening 40-year-old virgin and her family’s unicorn-white mare.

“Liborio,” a film from the Dominican Republic to be screened on October 12, follows a peasant who disappears in a hurricane and returns a prophet. A congregation which forms around him is then faced by invading U.S. Marines.

It’s not just the Spanish language which obscures films like “Liborio” from American cinema, Gonzales said. “The aesthetic taste and sense of pleasure is shaped by American culture to the exclusion of other ways of understanding,” Gonzales said. “It is important to center a kind of cosmopolitan intercultural perspective in our students’ education. For them to realize that to really be citizens, leaders, of the 21st century, understanding the world, life, themselves from a point of view beyond their borders is going to be essential.”

Film, Gonzales said is “an illusion of action happening in front of us. There is the intervention of film editing, of cinematography, music, lighting, a plethora of things that act upon your subconscious.”

Gonzales also understands cinema through classical Roman Poet Horace, who posed the relationship between utility and beauty in art. “That dichotomy has played down through the ages, reiterated and rearranged,” Gonzales said.

In a Spanish literature class, Gonzales teaches two different Chilean poets, Vicente Huidobro and Nicanor Parra. One frames poetry as art for art’s sake. “‘A marvel to behold, perfect in its beauty. The poet as God-like. It is work that stands on its own without a representational relationship with reality. It is its own reality,’” Gonzales said, paraphrasing the aristocratic Huidobro.

And yet Huidobro has a certain utility and Parra a certain sweetness. For the films in the series, in the oddity of the dulce there might be a heightened utility.

The series has been screening, with free admission, at 8 p.m. on Wednesday nights in the Goldsmith Family Cinema. It is supported by the Film Studies Department as well as the Latin American Studies Department with funding from the Department of Romance Languages.

nextWesleyan in the News, September 2022