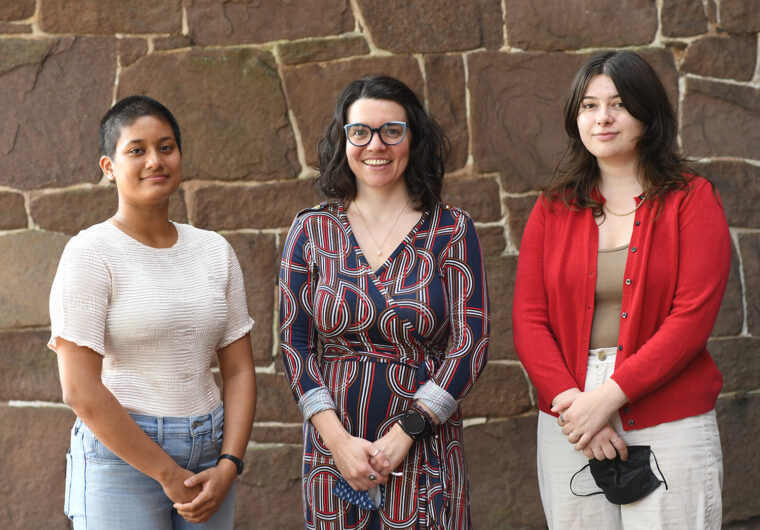 One in five women and one in 16 men experience sexual violence in college, according to recent studies. The percentages are even higher amongst women of color and the LGBTQ+ community.

The frightening thing about those already disturbing numbers is that they are almost certainly not the whole story. “We know that this is one of the most underreported experiences of harm,” said Johanna DeBari, director of the Office of Support, Healing, Activism, and Prevention Education (SHAPE).

DeBari and her team at SHAPE are hoping that their work during Dating Violence Awareness Month this October will help draw attention to the problem. There will be a series of lectures and opportunities for students to reflect and connect with one another in a safe environment. The schedule of events can be found here.

“The problem is certainly not unique to Wesleyan. It is something that every campus navigates,” DeBari said. “My hope is that everyone can walk away feeling like they have a role to play in the conversation.”

Dating Violence Awareness Month is a national movement that dates back to the 1970s, DeBari said. Women of color, working as an outgrowth of the Civil Rights Movement, wanted the intimate violence happening within their communities to stop. “They were saying ‘We need to create services to support the survivors who are negotiating their daily lives in spite of experiencing this violence,’” DeBari said.

Intimate violence is often presented in its extremes. Something that feels like an anomaly. Something people are hesitant to speak about. DeBari points out that there are a wide range of experiences that could cause harm. “Not all violence looks physical. It could be emotional violence. It could be financial abuse. It could be digital abuse. It could be when sex is used to manipulate and control,” she said. “My point in sharing this continuum of harm is that we need to unlearn our perceptions of what violence is supposed to look like so that we can be better informed.”

There are two crucial components to DeBari’s role at Wesleyan – supporting people in the aftermath of violence and doing prevention education. It is difficult to define all the kinds of harm that can happen in a relationship; it is almost impossible to get information on what a loving relationship looks like. When you filter in all of the factors that influence a person’s feelings about relationships—family, the media, religion, race—finding one’s own truth can be hard.

Students are already coming to the conversation with information, DeBari said, and don’t need to rely on her as the “sole arbiter of truth, so to speak.” “I want to teach the community how not to create that harm in the first place,” she said. “The educational programming I do offers the opportunity to plant the seed with folks about what their relationships are like and whether they are nourishing their needs.”

DeBari came to this work through her own experiences with survivorship. While an undergraduate, she started out as an activist and doing prevention education with her peers. She studied the Holocaust, and how sexual violence is used as a tool of war and genocide. “I came to be interested in how communities process and heal from trauma,” she said.

DeBari thought she would study sexual violence in conflict zones in sub-Saharan Africa while in graduate school. She spent time in Rwanda and South Africa, but then her focus turned more local. “Because I went to graduate school at UConn every single person, without fail, said to me that I came to the right place to study that. I thought, what does that mean? So, I went to my advisor and asked if I could study sexual violence on college campuses in the United States, in particular this campus,” DeBari said.

DeBari’s SHAPE office offers students a place to rest their minds and get information that will help better their lives – she hopes to create an environment where intimate violence doesn’t exist. It’s a big goal but she believes it can happen, one conversation at time.

“I believe that every conversation that I have is an opportunity for modeling different ways of being in the world than that which our capitalist, racist, patriarchal, ableist society has taught us,” she said.

For more information about SHAPE and its work.

previous“You Just Have to Read This…” Books by Wesleyan Authors Gottlieb '94, Scolnik ’78, Shanok ’98