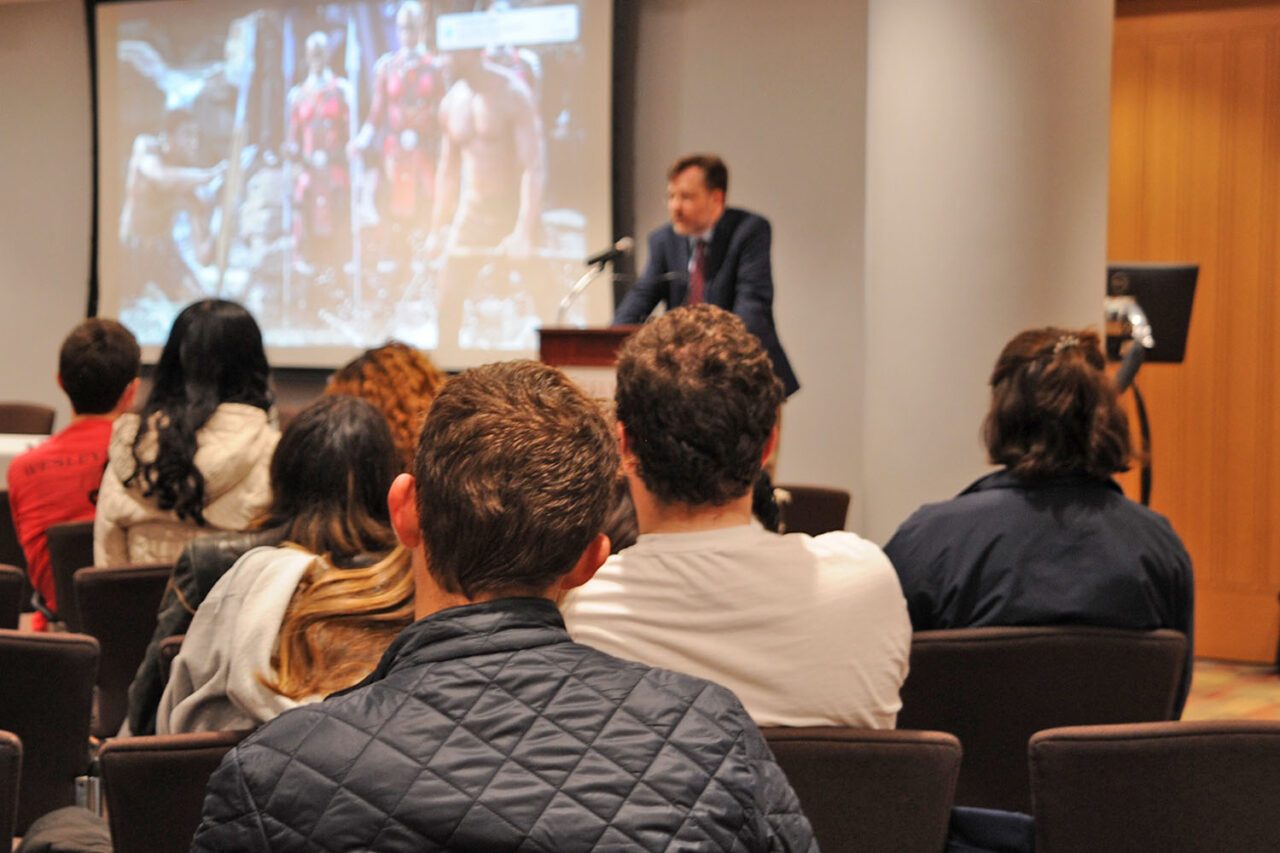 During the annual Hugo L. Black Lecture on Freedom of Expression, keynote speaker Keith Whittington discussed how free speech has been a politicized issue since early America, and he expanded on early conceptions of free speech as it developed.

The lecture, which has been held every year since 1992, took place March 31 in Daniel Family Commons and over Zoom. Whittington, the Willam Nelson Cromwell Professor of Politics at Princeton University, spoke on “Freedom of Thought and the Struggle to End Slavery.”

Whittington’s goals for the lecture were to trace history of free speech in America, examine constraints on free speech, and delve into the ways in which it has been applied, especially through abolitionist efforts.

Whittington said that the evolving view of democracy in the early days of the republic was crucial as the states learned how to replace violence with politics.  “And the different thing politics was being moved toward was a process of conversation, of deliberation, of persuasion in order to try to convince our fellow citizens about how we ought to guide ourselves collectively and what that ought to look like going forward to replace fighting with conversation,” he said.

Whittington’s work focuses on constitutional theory and history and free speech. He currently serves as the Academic Chair of the Academic Freedom Alliance and has written several award-winning books.

This annual lecture is designed to bring to the Wesleyan campus, public figures and scholars with experience and expertise in matters related to the First Amendment and freedom of expression. This lecture is endowed by Leonard S. Halpert ’44 (1922–2017), who believed that the First Amendment to the U.S. Constitution is the basis upon which we enjoy all other Civil Rights. This lecture is named in honor of U.S. Supreme Court Justice Hugo L. Black.

Additional photos of the lecture are below: (Photos by Willow Saxon ’24)