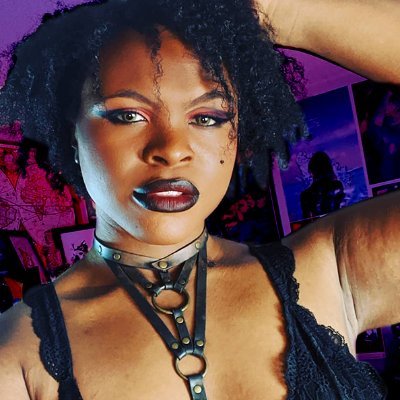 On March 31, International Transgender Day of Visibility, the Resource Center hosted Kat Blaque, a transgender rights activist, for an open dialogue with students.

Demetrius Colvin, the Director of the Resource Center, described the event as “dedicated to raising awareness of discrimination faced by transgender people worldwide as well as celebrating their contributions to society.”

It’s important, too, to “make sure that we’re not just highlighting the challenges and the struggles and the violence which is very real, but also… people are thriving, people are pushing things changing things, allowing more people to be free,” Colvin said.

Jose Pagan ’22, a gender and sexuality intern at the Resource Center, began the conversation with a question about Blaque’s experience producing and absorbing media.

Blaque described that when she transitioned in the early 2000s “the girls on the Jerry Springer show,” were the only trans representation in popular media. “Glamour girls,” she said, “weren’t the women who inspired me.”

Better representation can “communicate possibility to people who are questioning or are trying to understand who trans people are,” Blaque said.

The fixation on people who are trans of their ‘transness,’ Blaque explains, also imposes a “pressure to maintain that certain air, to be respectable and thus accepted by the mainstream. It can be very seductive but it is also very toxic.”

There is also the “double-edged sword,” which Colvin echoed, of the vitriol which increases alongside wider representation. Since growing up with her blog and YouTube, Blaque has found ways to navigate that vitriol.  She leans into her audience and her personal stories. “It allows me to not hyper-focus on all [these things] I don’t have control over, that’s what would get me to feel really overwhelmed,” she said.

“Just reemphasizing this point about actually speaking to people, and having a dialogue with yourself which I think is also severely underrated, especially now in our social media age when it is so much about other people’s opinions,” Colvin responded.

Blaque recalled an instance during one of her speaking events when an audience member spoke about how oppression made them lean into hierarchies. Blaque realized, during that conversation, how monogamy might be one of those violent agents of power.

Blaque has been propelled into a world that has tried to deny her of her identity and of her joy. But she has also found a world of dialogue and healing beyond those constrictions. In conversation with Colvin and students, she invited the audience to understand that space, to enter it.

previous3 Students to Conduct "Projects for Peace" in Africa