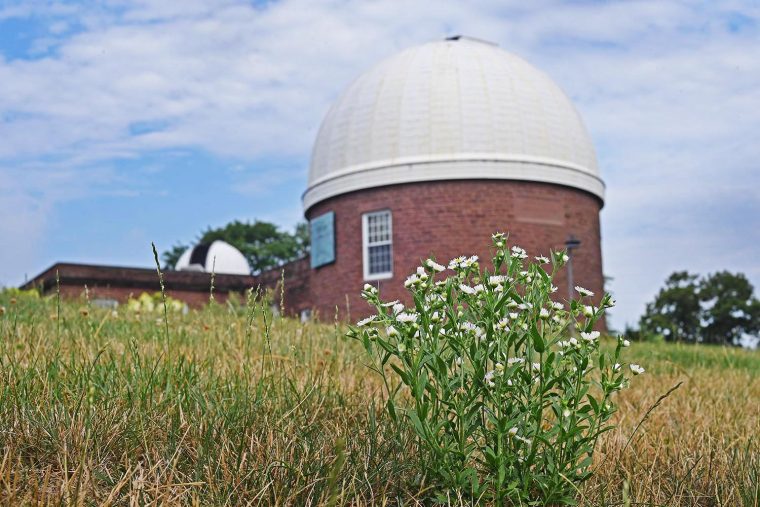 Peter Rutland, professor of government, spoke to Newsweek about Ukrainian efforts to retake the occupied territory of the Kherson province and about Russia’s failed efforts at air supremacy. He also spoke to the Village Voice, giving context about life in Russia currently and attention fatigue on the part of American audiences connected to the war in Ukraine. (August 30)

American Artist spoke with science fiction scholar Lou Cornum, a post-doctoral fellow at Wesleyan University, about how the imagining of other worlds is so often born of dissatisfaction with present and past ones in an Art in America interview. (August 29)

The Chicago Sun-Times profiled Todd Fuhrman ’05, co-founder of the Bet the Board podcast. (August 27)

Deadline reports that Lin-Manuel Miranda ’02, Hon. ’15 will be participating in the production of a new musical loosely based on Martin Scorsese’s 1977 film New York, New York. The show will begin performances on Broadway in March 2023. The show will feature numbers written for the movie by legendary songwriting duo John Kander and Fred Ebb. Miranda will write additional lyrics for new Kander tunes. (August 25)

President Michael S. Roth ’78 reviewed “Empires of Ideas: Creating the Modern University from Germany to America to China” by William C. Kirby in the Wall Street Journal. “Mr. Kirby’s book shows how catalytic is the combination of strong nations and universities that advance knowledge and foster critical and creative thinking. Now more, perhaps, than ever,” he wrote. (August 25)

Peter Rutland, professor of government wrote about the assassination of 29-year-old political commentator Darya Dugina  near Moscow on Aug. 20 for CNN.com.

Elise Springer, associate professor of philosophy, delves into the paradox of blaming evil on the Academic Minute podcast. (August 24)

Katja Kolcio, professor of dance, spoke to the New York Times about her work helping to develop a program in somatic resiliency during war. (August 24).

Miho Mazereeuw ’96 is one of three co-leads of a Climate Grand Challenges project that aims to help communities, especially those vulnerable to climate-induced extreme weather, build resilience to catastrophes such as devastating hurricanes, heat waves, or floods, according to MIT Technology Review. (August 24)

Secretary of Education Miguel Cardona recently announced that the Wesleyan University was one of 189 colleges and universities to be awarded grant funding to improve disadvantaged students’ preparation for graduate school. (August 23)

The Washington Post cited recent research by the Wesleyan Media Project saying that one in five of all broadcast television ads include an attack on President Joseph Biden. (August 21)

Gary Yohe, Huffington Foundation Professor of Economics and Environmental Studies, Emeritus, took stock of the U.S. government’s most recent actions to combat climate change in his op-ed appearing in The Hill. “Moving forward from this momentous moment, American scientists need to recommit themselves to communicating the nuances and imperatives of climate risk and climate action based on what we know, what we are striving to know, and how humans, their governments and their businesses might respond. The United States is taking an aggressive step, but there is more to do,” he wrote. (August 15)

Erika Franklin Fowler, professor of government and co-director of the Wesleyan Media Project, discussed with WTNH the volume of political advertising during this election cycle. (August 14)

Robert Muir ‘54, judge in landmark Quinlan right to die case, passed away at 90. In 1975, Muir was the judge on one of the state’s most controversial cases, and one that garnered national attention: whether Karen Ann Quinlan, a 21-year-old Morris County woman who fell into a coma after combining alcohol and Valium, had a legal right to die.  Her parents went to court to have her removed from ventilators, a move that Muir rejected in 1975. (August 13)

John Murillo, a poet and associate professor of English, will be one of the headliners at the 30th annual edition of the Sunken Garden Poetry Festival, a celebration of local, national and emerging poets, will be held on five dates between Aug. 28 and Oct. 7 at Hill-Stead Museum in Farmington. This year’s fest is themed “Modern Muses.” (August 11)

Pulitizer Prize-winning historian David McCullough died on August 7. He was 89. McCullough received an Honorary Doctor of Letters from Wesleyan in 1984 and lectured in history. ”History is a guide to navigation in perilous times,” he said in his address to the graduating class. ”History is who we are and why we are the way we are.”

The Wesleyan University Ethnomusicology Ensemble & Raina Das will perform Indian Music & Indian Classical Dance on the New Haven Green in conjunction with the International Festival of Arts & Ideas to host ‘Rhythm Exchange’ concert series, according to the Connecticut Post.  (August 5)

A recent paper co-authored by Anna Shusterman, professor of psychology, shows that for deaf and hard-of-hearing children, immediate access to language is needed to develop abstract concepts, such as numeracy, according to Hearst Connecticut Media. (August 5)

Nikki Greene ’97, assistant professor of art history at Wellesley College, wrote about the costs of unpaid internships in the art world. “While unpaid internships block access to talented students, they also damage the very institutions that promote them by perpetuating a lack of diversity in the art world, racially, ethnically and socioeconomically,” Greene wrote in WBUR’s Cognoscenti. (August 2)

Professor of Government Peter Rutland spoke with Insider News about Russian President Vladimir Putin’s inner circle, his opposition, and what that means for Russia’s future. (July 30)

Maggie McLean Suniewick ’97 most recently at NBCUniversal as president of distribution and business development, will join Twitter in a newly created role as VP of partnerships, according to Variety. (June 30)

previous“Take Big Risks:” Treuhaft-Ali ’17 on Playwriting and Her Premiere at Barrington Stage

nextLove of Learning and Teaching Leads to State Department Fellowship