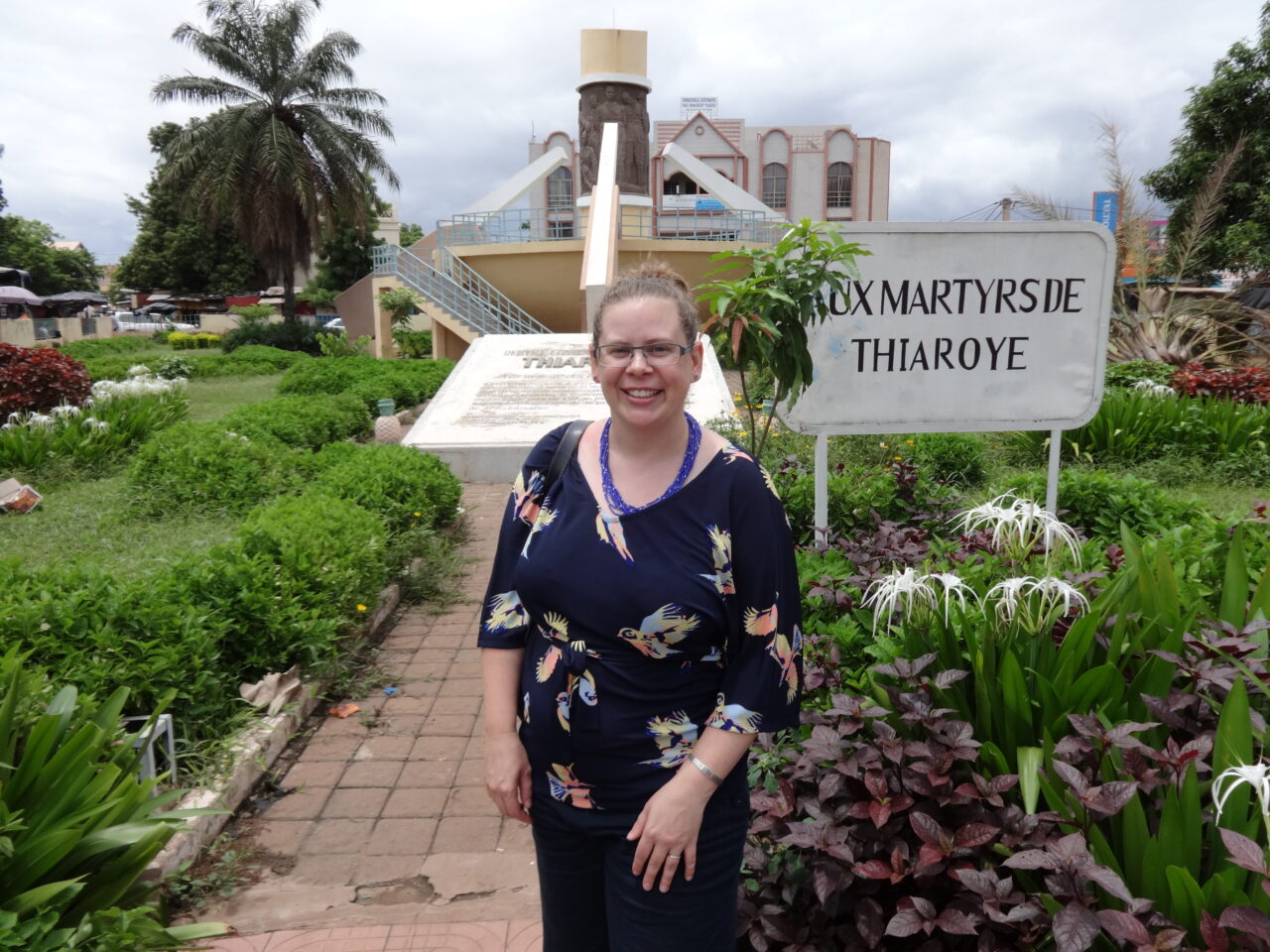 Associate Professor of History Laura Ann Twagira’s recent book begins with a song – women from Mali are singing and bragging about the quality of their cooking. From this domestic moment, Twagira found the keys to a technological revolution.

“Women are bragging and praising one another. They’re making food that everyone’s going to enjoy and that will enliven life. In order to do that, they need a key set of technological skills,” she said.

Twagira’s book Embodied Engineering: Gendered Labor, Food Security and Taste in Twentieth-Century Mali was named a finalist for the 2022 Best Book prize from the African Studies Association (ASA). The winner of the award will be announced in November.

The ASA presents the prize annually, recognizing the most important scholarly work in African studies published in English and distributed in the United States during the preceding year. The books represented come from various disciplines, including sociology, literature, political science, and history.

“Her research shows the immense agency and importance of Malian women in their capacity to cultivate embodied relationships with the natural world through the cultivation, collection, and cooking of food,” wrote Inigo Acosta in his review for H-Sci-Med-Tech / H-Net Reviews.

Using a mix of folktales, archival research, and oral interviews, Twagira explores how women in rural Mali have used technology to ensure food security through the colonial period, several environmental crises, and postcolonial rule. In carrying out this research she also observed Malian women cooking for their communities and learned by their side, a not so easy task.

She focused her research on the Office du Niger, an irrigated agricultural project built by the French in the 1930s. The project radically changed the landscape around the Niger River, including the bulldozering of trees necessary for the women’s food production. In many ways, the scheme changed how women approached their work. “For example, in adopting metal cooking pots, they found a technological solution to what was really a deforestation crisis because the new pots did not need as much wood to fuel the fire,” Twagira said.

In 1968 — not long after independence from the French — Mali’s military took over the country and another ecological and food crisis emerged. To help ordinary people have enough to eat, women smuggled food from the fields in headscarves or tied it around their stomachs to make them look pregnant. “This practice is a really good example of embodied engineering. It’s not just about labor, it’s about women transforming their bodies to assure the food security and survival of people in the region,” she said.

Simple but impactful technological advances – cooking pots, the mortar and pestle, and more – became enshrined in Malian folklore. For example, while doing research at the Schomburg Center for Research in Black Culture, she found a group of folktales written in the Bambara language describing women who cooked quickly as possessing magical or superhero like qualities. “It shed light for me on the way women’s value in producing food was such that it could often seem fantastical to people who lived through periods of drought and food shortage,” she said.

Twagira’s first introduction to West Africa was through her Francophone Literature Studies at Wellesley College, and she was excited to draw on regional folklore for the book. After graduation she joined the Peace Corps and spent a year working in a small Malian health center. “It was a transformational experience for me, learning about a new culture and my first-time observing women’s collective work techniques.” she said.

The midwife Fatoumata Djénépo with whom Twagira worked was deeply concerned with nutrition issues. “All of the solutions were rooted in women’s knowledge about food production and improving upon what they already knew,” Twagira said.

From there a path toward becoming a historian was established, joining Wesleyan in 2013.

Working with students on their theses and engaging in the rich intellectual life of the University has only helped her long process of delving into Mali’s culture. While a fellow with the Wesleyan Center for Humanities, she shared portions of the book manuscript with students and innovated a primary source workshop with materials from her new project on the technobody politics of colonial rule and demography.