Gottschalk’s Book on Hinduism and Islam in British India Published

Peter Gottschalk, professor of religion, is the author of Religion, Science, and Empire Classifying Hinduism and Islam in British India, published by Oxford University Press in November 2012. In this 448-page book, Gottschalk offers a compelling study of how, through the British implementation of scientific taxonomy in the subcontinent, Britons and Indians identified an inherent divide between mutually antagonistic religious communities.

England’s ascent to power coincided with the rise of empirical science as an authoritative way of knowing not only the natural world, but the human one as well. The British scientific passion for classification, combined with the Christian impulse to differentiate people according to religion, led to a designation of Indians as either Hindu or Muslim according to rigidly defined criteria that paralleled classification in botanical and zoological taxonomies.

Through an historical and ethnographic study of the north Indian village of Chainpur, Gottschalk shows that the Britons’ presumed categories did not necessarily reflect the Indians’ concepts of their own identities, though many Indians came to embrace this scientism and gradually accepted the categories the British instituted through projects like the Census of India, the Archaeological Survey of India, and the India Museum. Today’s propogators of Hindu-Muslim violence often cite scientistic formulations of difference that descend directly from the categories introduced by imperial Britain.

Religion, Science, and Empire will be a valuable resource to anyone interested in the colonial and postcolonial history of religion in India. Peter Gottschalk, chair and professor of religion, is the editor of the book, Engaging South Asian Religions: Boundaries, Appropriations, and Resistances, published by the State University of New York Press in May 2011. The book looks at Western understandings of South Asian religions and indigenous responses from precolonial to contemporary times.

Focusing on boundaries, appropriations, and resistances involved in Western engagements with South Asian religions, this volume considers both the pre- and postcolonial period in India, Pakistan, and Bangladesh. It pays particular attention to contemporary controversies surrounding the study of South Asian religions, including several scholars’ reflections on the contentious reaction to their own work. Other issues explored include British colonial epistemologies, Hegel’s study of South Asia, Hindu-Christian interactions in charismatic Catholicism and the canonization of Francis Xavier, feminist interpretations of the mother of the Buddha, and theological controversies among Muslims in Bangladesh and Pakistan. By using the themes of boundaries, appropriations, and resistances, this work offers insight into the dynamics and diversity of Western approaches to South Asian religions and the indigenous responses to, involvements with, and influences on them. 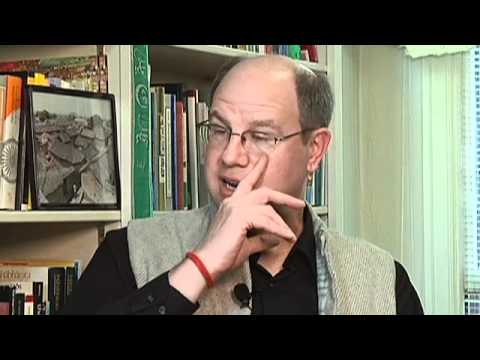 This issue we ask “5 Questions” of Peter Gottschalk, chair and professor of religion and co-author, with Gabriel Greenberg ’04, of the book Islamophobia: Making Muslims the Enemy (Rowman & Littlefield).

Q. How did you become interested in studying Islam?

A: My interest arose entirely by serendipity. While in college, I hadn’t any interest in studying Islam but, because I was planning on visiting my parents who had just moved to Saudi Arabia, I took an introductory course on Islam. Fortunately, John Esposito, one of the few American specialists in Islam at the time, taught the class. From Saudi, I continued on to my first trip to India, where I lived in an area with a mixed Hindu, Muslim, and Christian population. I didn’t go to India for the sake of learning about the local religions, but the similarities and differences among the religious practices there, and between the forms of Islam practiced in Saudi and India, piqued my interest. After my return to the U.S., following other career pursuits, the lure of understanding more about both Islamic and Hindu traditions grew until it finally overtook me, and I shifted my attention. Peter Gottschalk, chair and professor of religion, is the co-author of the book Islamophobia: Making Muslims the Enemy. The book aims to better publicize the existence of an accepted – and corrosive – social prejudice. (Photo by Olivia Drake)

Q: Much of your scholarly work has been focused on Islam in the Asian subcontinent, but your book Islamophobia is decidedly focused on the Western World. How did this come about?

A: Following the tragedies of 9/11, it wasn’t hard to guess that the prejudice that Muslims historically had faced in the United States would heighten. Of course, the hijackers religiously justified the violence they unleashed against their victims, but this clearly resulted from an entirely marginal interpretation of Islam held by a fraction of Muslims so small that they would be insignificant,