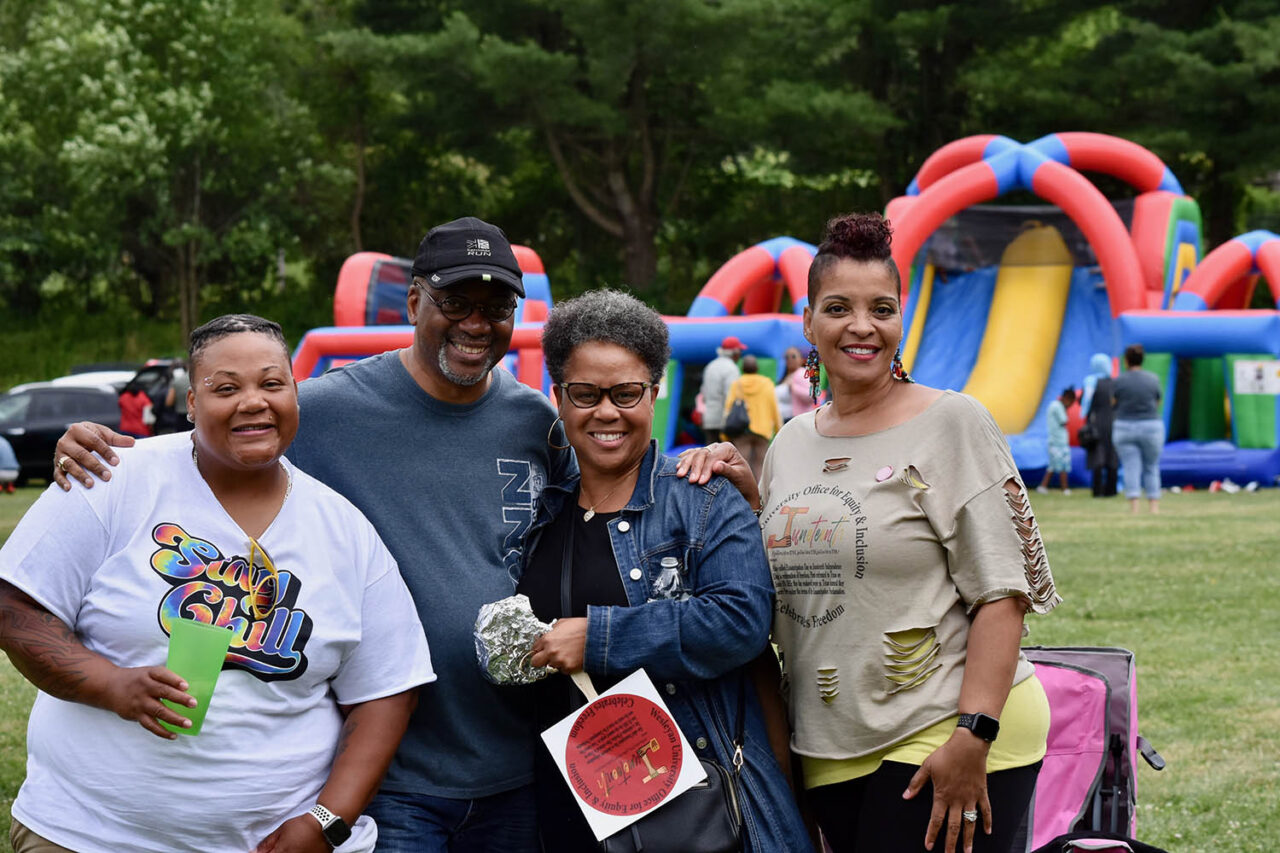 On June 18, several members of the Wesleyan community gathered at Smith Park in Middletown to participate in City of Middletown’s second annual Juneteenth Liberation celebration. Wesleyan’s Office for Equity & Inclusion was a co-sponsor of the event.

“Juneteenth is a time when we can reflect on the painful mistakes of our nation’s past and work towards racial reconciliation, honoring the day as a time for healing, learning and taking action,” says Alison Williams ’81, vice president for equity and inclusion. “It’s also a time when we celebrate the significant contributions of African Americans to every aspect of American culture.”

Juneteenth, Williams said, is also known as Emancipation Day, Freedom Day, Jubilee Day, Juneteenth Independence Day, and Black Independence Day.  It marks the date when, on June 19, 1865, Major General Gordon Granger arrived in Galveston, Texas, and announced the end of the Civil War and the end of slavery.

The Emancipation Proclamation, issued by President Abraham Lincoln, had legally freed slaves in Texas on Jan. 1, 1863, almost 2½ years earlier. “Even after the general order, some slave masters withheld the information from their enslaved Black people, holding them captive through at least one more harvest season,” she said. “Thus, Juneteenth became a symbolic date representing African American freedom.”

Additional photos of the event are below: (Photos courtesy of Alison Williams ’81) previousOn the Importance of Juneteenth