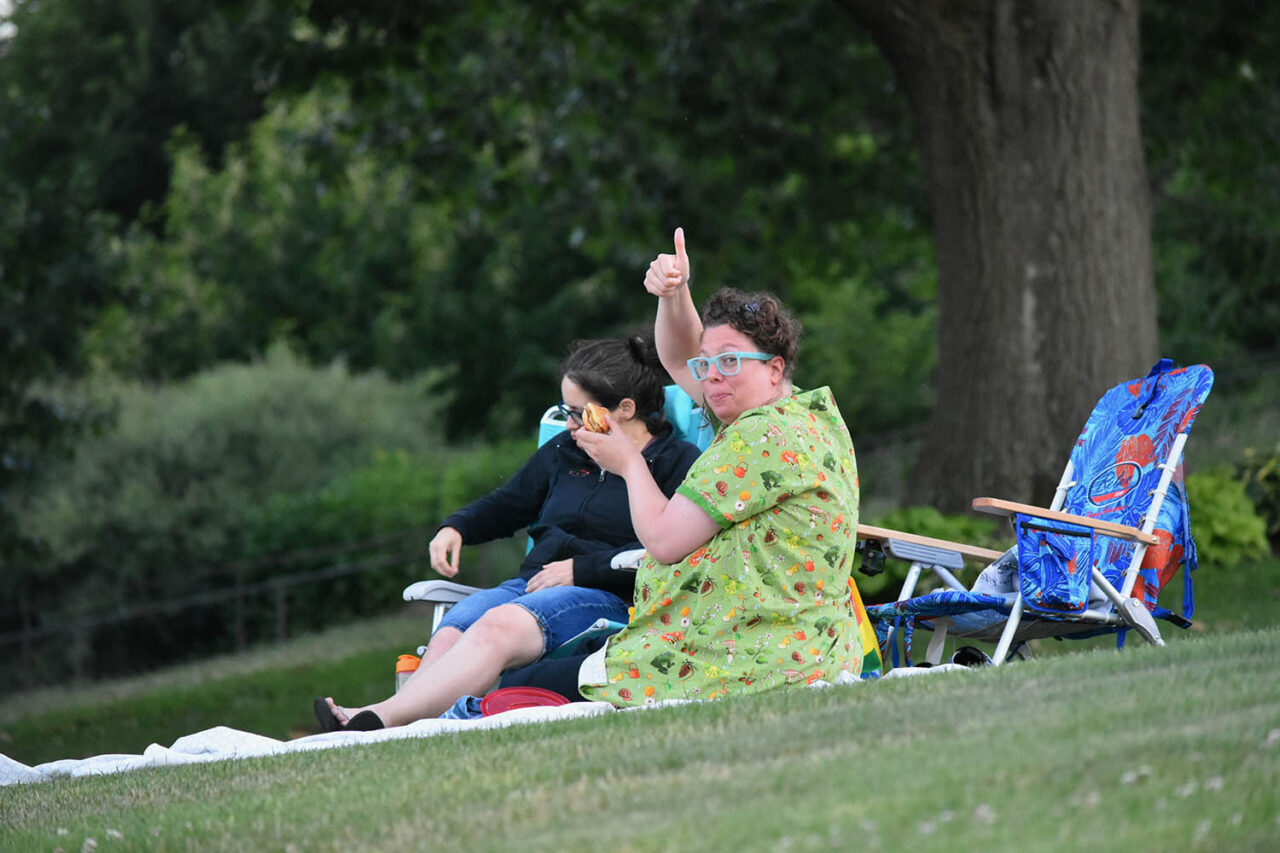 As part of the City of Middletown’s PrideFest Celebration, Middletown Pride partnered with Wesleyan’s College of Film and the Office for Equity & Inclusion for a showing of The Adventures of Priscilla, Queen of the Desert.

On June 24, members of the Wesleyan and Middletown communities gathered on the south side of Foss Hill for the screening.

The Adventures of Priscilla, Queen of the Desert (1994), directed by Stephan Elliott, is an Australian road comedy film that follows two drag queens, played by Hugo Weaving and Guy Pearce, and a transgender woman, played by Terence Stamp, as they journey across the Australian outback from Sydney to Alice Springs in a tour bus that they have named “Priscilla”, along the way encountering various groups and individuals.

nextDriscoll '62 Remembered for His Extraordinary Service to Wesleyan