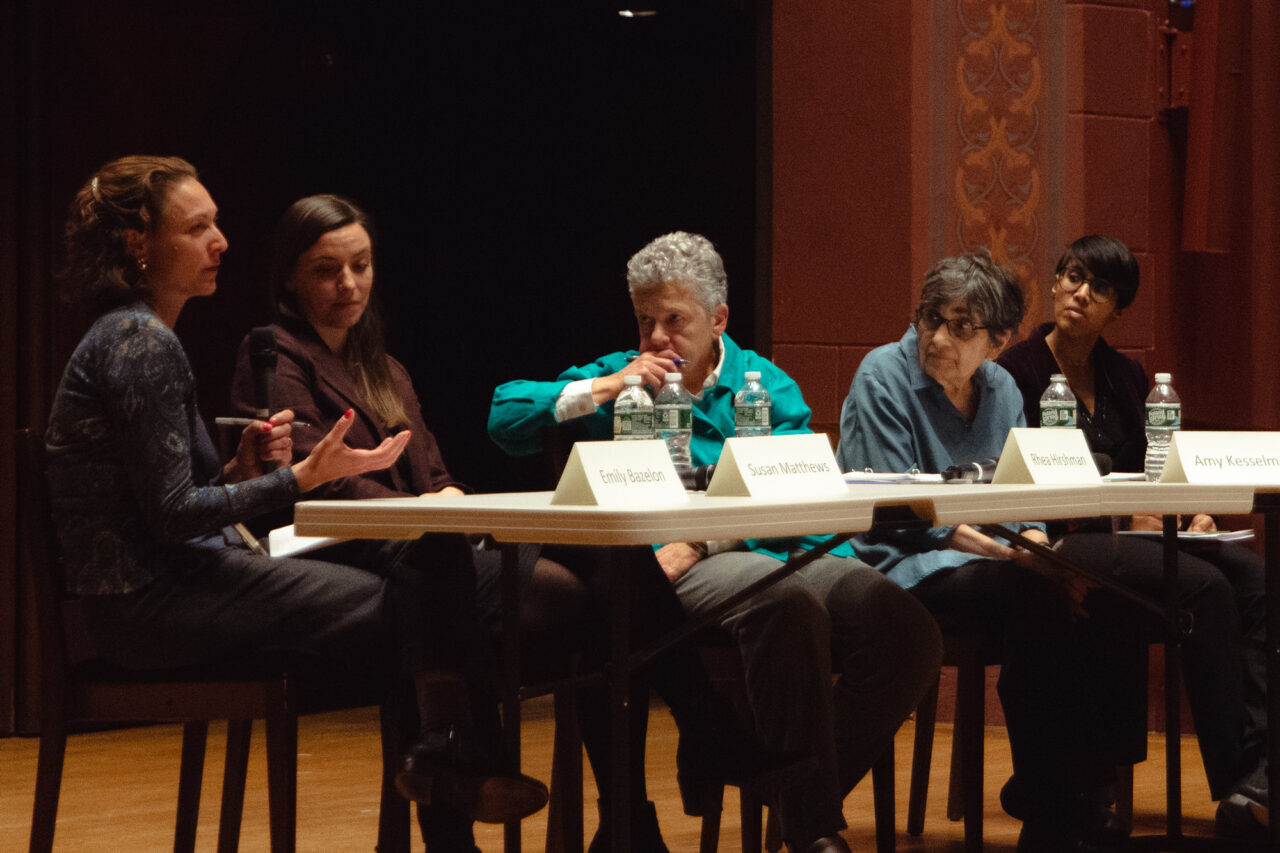 The guardians of reproductive rights in America won an important victory in Connecticut in 1972. The case of Women v Connecticut, where women from all walks of life sued to overturn the state’s onerous abortion laws, paved the way for the Supreme Court’s landmark Roe v Wade decision legalizing abortion nationally.

When the Supreme Court struck down Roe this year, revoking what was considered settled law, Professor of Government Sonali Chakravarti felt a need to examine the history of this important Connecticut ruling. On November 17, Chakravarti convened a panel comprised of participants in the suit and other experts to explore the long-term ramifications of the law and what comes next.

“(Women v Connecticut) captured my imagination as a moment when organizing and local action was able to have a substantial impact on the legal regime in the state. I wanted to learn more about it,” Chakravarti said.

Amy Kesselman, professor emerita of women’s gender and sexuality studies at the State University of New York at New Paltz; Rhea Hirshman, a freelance writer and editor and adjunct professor of women’s and gender studies at UConn Stamford; Slate executive editor Susan Matthews, host of the “Slow Burn” podcast; and Emily Bazelon, staff writer at New York Times Magazine and co-host of Slate’s “Political Gabfest,” a weekly podcast, talked about Connecticut’s – and Wesleyan’s – role in the quest for reproductive autonomy.

Connecticut had one of the most restrictive abortion bans in the country, Chakravarti explained to the group of about 50 people in Memorial Chapel, and a 1967 reform bill exempting women who had been raped received little support in the state legislature.

A 1965 Supreme Court case, Griswold v Connecticut, struck down a state ban on contraception because it violated the privacy of couples. This decision allowed for a legal opportunity to challenge the state’s abortion ban. Six female attorneys, working closely with a group known as New Haven Women’s Liberation, spearheaded the Women v Connecticut suit. Over 800 plaintiffs, many of whom were affiliated with Wesleyan, signed on to the suit.

“The organizers were determined that the plaintiffs would speak candidly about the emotional, physical, and economic effects of the ban. In a way that was unusual at the time, their testimony was at the center of the case. At every public event, women were present in substantial numbers,” Chakravarti said.

“People didn’t really discuss this issue. There was so much shame and stigma attached to it,” Bazelon said.

Rhea Hirshman was one of the plaintiffs in the suit. She was in her early 20s and a graduate student at Wesleyan when she first heard of New Haven Women’s Liberation and the legal challenge to the abortion law. She remembered that women came from New Haven to campus and played a tape of stories told by other women who had illegal abortions.

Hirshman had not considered abortion issues before, but hearing the pain of those stories “took her into the liberation movement,” she said. “I wanted to do something so that no woman every had to tell a story like that again,” Hirshman said.

A district court declared the state’s abortion laws unconstitutional, but due to Governor Thomas Meskill’s effort to reinstate an even stricter abortion law, a second suit in 1972 was necessary for women in Connecticut to gain full reproductive freedom. Hirshman recalled that women flooded the courtroom, ordinarily the preserve of men during that time period.

Judge Jon Newman wrote in his decision that “a woman’s right to decide whether to have an abortion cannot be completely abridged by a state statute imposing upon her the uniformity of thought about the nature of the fetus,” language that became part of the Roe v Wade decision. “Control over our bodies was meaningless without control over our lives,” Kesselman said. “If you emphasize the political nature of the fight, the abortion prohibition is part of the system that subordinated women.”

That was a crucial component of the argument made in Connecticut, a fact lost on the male judiciary. Without the ability to have bodily autonomy, women would not be equal to men, according to the arguments made at the time. “This kind of went over (the judges’) heads. But it was always there,” Bazelon said.

With abortion access now being decided by states individually, a sustained approach through organizing and lobbying could be the future of the fight, Matthews said. However, those processes have not yet fully developed in favor of the immediate creation of abortion funds, which provide the resources and support for those who cannot get easy access to reproductive services in their home states. “The practical need sucks up all the oxygen,” Matthews said. “That tension becomes really huge.”

Thanks to the efforts of Hirshman and others, Connecticut has reliably protected abortion rights over the past few decades, Chakravarti said. In 1990 Connecticut made access to abortion state law. In 2022, Governor Ned Lamont signed a bill that protected abortion providers from lawsuits or subpoenas from other states.

“The current legal landscape for abortion access looks dramatically different now than it did at the time of Women v Connecticut, but we are seeing many of the same conflicts from the early 1970’s play out in other states,” Chakravarti said.