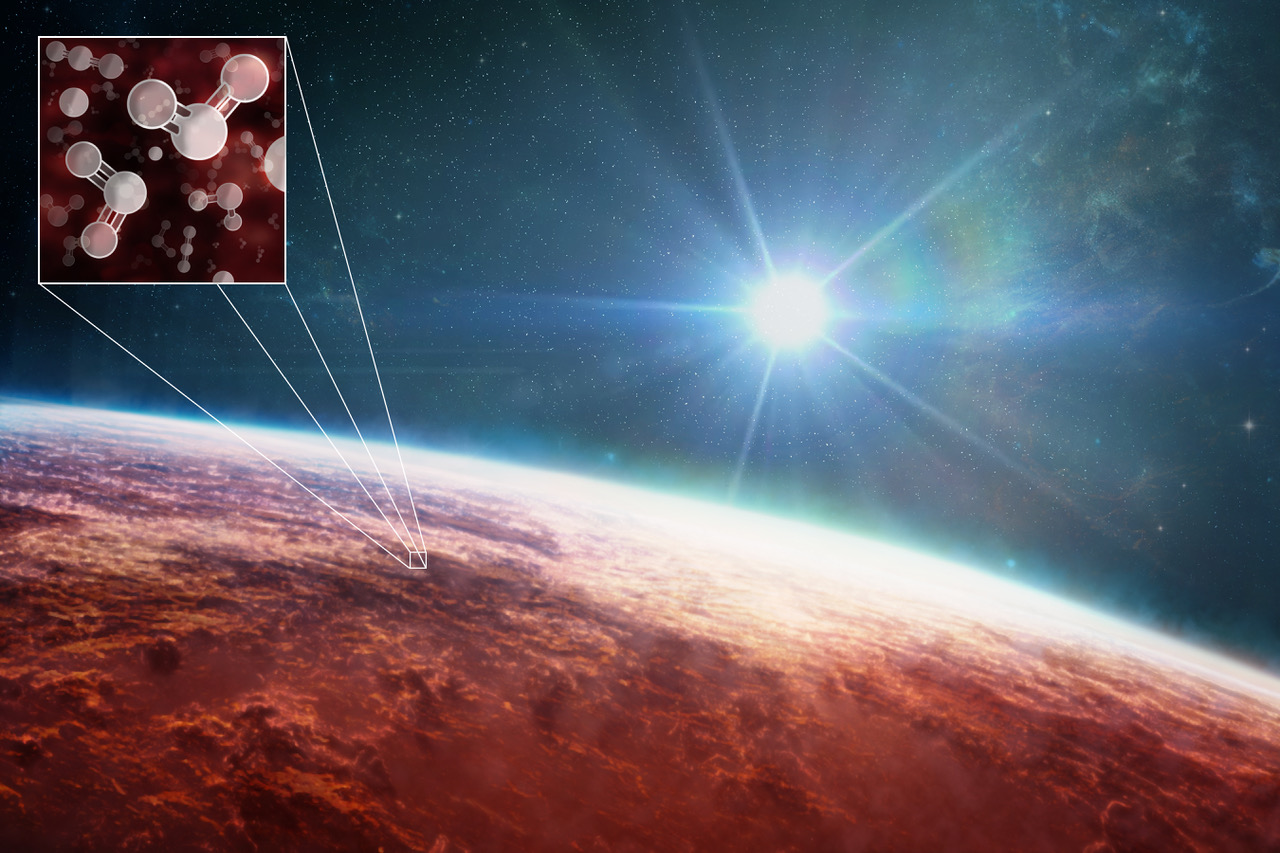 NASA’s largest telescope in space, JWST, is proving to be powerful enough to measure atmospheric chemicals on WASP-39b, a planet orbiting a star 700 light years away, and find sulfur dioxide, an element found in Earth’s ozone layer.

“This is a mind-blowing demonstration of the capabilities of this telescope,” said Professor of Astronomy Seth Redfield, whose research group has been receiving early information from the telescope since its launch as a member of a JWST Early Release Science team. “There is a world that is hundreds of light years away and we can tell you how much sulfur dioxide is floating in the atmosphere. I mean, that’s incredible.”

Other space telescopes have recorded isolated ingredients of the planet’s atmosphere. JWST provides a close reading of atoms, molecules, active chemistry, and clouds, according to a press release. Due to this refined exploration of WASP-39b, scientists believe the telescope will be able to probe the atmospheres of smaller, rocky exoplanets, Redfield’s area of study.

“We observed the exoplanet with multiple instruments that, together, provide a broad swath of the infrared spectrum and a panoply of chemical fingerprints inaccessible until (this mission),” said Natalie Batalha, an astronomer at University of California, Santa Cruz, who contributed to and helped coordinate the new research. “Data like these are a game changer.”

In addition to the surprising amount of sulfur dioxide in WASP-39b’s atmosphere, the telescope found sodium, potassium, carbon dioxide, and water vapor. “Having such a complete roster of chemical ingredients in an exoplanet atmosphere also gives scientists a glimpse of the abundance of different elements in relation to each other, such as carbon-to-oxygen or potassium-to-oxygen ratios. That, in turn provides insight into how this planet – and perhaps others – formed out of the disk of gas and dust surrounding the parent star in its younger years,” according to NASA’s release.

More specifically, this data will allow scientists like Redfield to possibly learn about the Earth’s origins and the circumstances that might make life on other planets feasible.

Working with NASA’s Early Release Science research team has been an invigorating experience, Redfield said. He and other scientists across the world are reacting to the telescope’s insights in almost real time, creating a scientific process that is simultaneously rigorous and nimble. The discoveries are detailed in five new scientific papers, three of which are in press and two are under review. “These first papers are the tip of the iceberg,” Redfield said.

Redfield plans to continue his JWST-related research on exoplanets. In January, he will submit a new proposal to NASA to use the telescope to observe a small three-planet system about 100 light years away that was discovered at Wesleyan. The planets are slightly bigger than Earth and are on the border between a rocky planet and an ice giant.

“It would be exciting to study three similar planets that all formed around the same star at the same time. What we don’t know is how similar or different their atmospheres are,” Redfield said.

With access to JWST’s information the universe continues to become a bit smaller for Redfield and his team of undergraduate and graduate researchers. “So much of scientific progress is pushing the boundaries of your imagination,” Redfield said. “This is an example where we need to push beyond our imaginations.”