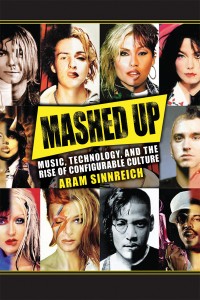 Aram Sinnreich ’94 is the author of Mashed Up: Music, Technology and the Rise of Configurable Culture (University of Massachusetts Press) in which he chronicles the rise of “configurability,” an emerging musical and cultural moment rooted in today’s global, networked communications infrastructure. For his book, Sinnreich interviewed dozens of prominent DJs, attorneys, and music industry executives and argues that today’s battles over sampling, file sharing, and the marketability of new styles such as “mash-ups” and “techno” foretells social change on a broader scale.

For centuries, music has possessed a unique power to evoke emotions, signal identity, and bond or divide entire societies, all without the benefit of literal representation. According to Sinnreich, this power helps to explain why music has so often been regulated in societies around the globe and throughout history. Institutional authorities ranging from dynastic China’s “Office to Harmonize Sounds” to today’s copyright collecting societies like BMI and ASCAP leverage the rule of law and the power of the market to ensure that some musical forms and practices are allowed while others are prohibited.

In spite of these powerful regulators, musical cultures consistently come up with new and innovative ways to work around institutional regulations. These workarounds often generate new styles and traditions in turn, with effects far beyond the cultural sphere.

In the book’s preface, Sinnreich notes that as a Wesleyan student, he immersed himself in the University’s “stellar music and ethnolomusicology program.” He says, “I was exposed for the first time to innovative music theorists such as Anthony Braxton and Alvin Lucier, and to new (for me) musical traditions, from locales as diverse as Ghana, South India, and Indonesia. … I developed a deeper cultural competency in the African American musical styles of the 1970s and 1980s … as well as in dub and dancehall reggae. Given how deeply the hip-hop of the 1980s and 1990s drew on these traditions, it makes sense that I would gain a fuller appreciation of this newer music only once I had further developed my historical musical lexicon.”

Mashed Up will appeal to audiences interested in musicology, digital rights, street culture, and related subjects.