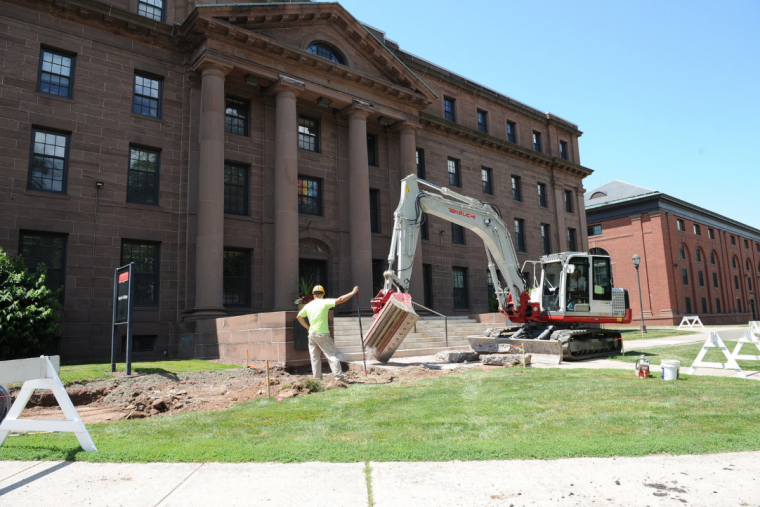 On July 16, Physical Plant began spearheading a College Row sidewalk replacement project. After removing the existing concrete sidewalk, that spans from Church Street to Wyllys Avenue, contractors installed a 13-foot-wide asphalt path that will accommodate large groups of people, such as campus tours. The existing path was 8-feet-wide.

“This sidewalk has a large amount of foot traffic all year round,” said Wesleyan grounds manager Rob Borman. “The concrete sidewalks around campus also have shown considerable decay, primarily due to salt use in winter.”

The wider sidewalk also will allow grounds maintenance staff to remove snow faster and easier by using a larger machine.

Asphalt, which is 100 percent recyclable, also can be milled and resurfaced easily. The black color will help melt snow and ice faster.

“The new surface will be much safer during the winter season,” Borman added.

Phase two of the project will include the installation of seating areas adjacent to the sidewalk near North College. previousCourant Explores History of Astronomy at Wesleyan Ahead of Centennial Celebration