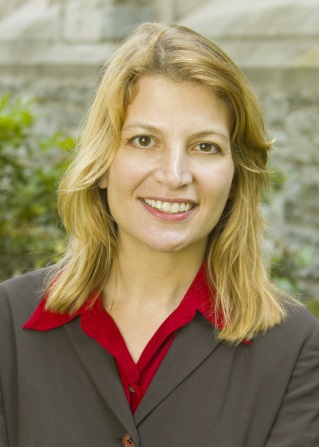 Bethany Berger ’90, professor at the University of Connecticut Law School, will lead Wesleyan’s annual Constitution Day Lecture on Sept. 17. The topic is “Birthright Citizenship on Trial — Immigration and Indigeneity.”

Egged on by Donald Trump, the majority of Republican candidates have supported ending birthright citizenship. This talk looks at this 14th amendment right, its constitutional origins, and the different things it meant for American Indians and immigrants.

Berger is the Thomas F. Gallivan, Jr. Professor at the University of Connecticut School of Law. She graduated from Wesleyan in 1990 with a major in government, and from Yale Law School in 1996. After law school, she became the director of the Native American Youth Law Project at DNA-Peoples Legal Services, which serves the Navajo and Hopi reservations, and later the Managing Attorney at Advocates for Children of New York. She is a co-author and member of the Editorial Board of Felix S. Cohen’s Handbook of Federal Indian Law, the foundational treatise in the field, and co-author of leading casebooks in American Indian Law and in Property Law. Her articles on legal history, race, gender and jurisdiction in federal Indian law have been cited in testimony to Congress and several briefs to the Supreme Court. She also has served as a judge for the Southwest Intertribal Court of Appeals and as a visiting professor at Harvard University and the University of Michigan.

In honor of Constitution Day, all educational institutions receiving federal funding are required to hold an educational program pertaining to the U.S. Constitution. The Friends of Olin Library annually supports and coordinates the event.

The event takes place at 7 p.m. in the Smith Reading Room at Olin Library. The event is free and open to the public. For more information, e-mail libfriends@wesleyan.edu.