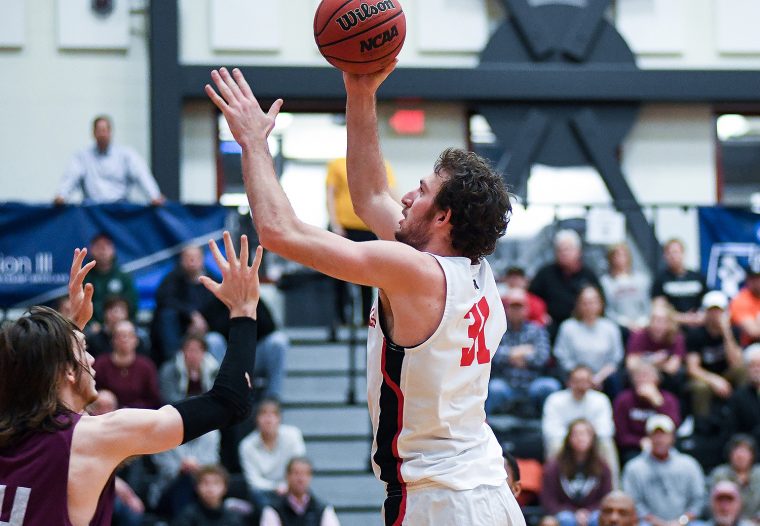 For the first time in Wesleyan’s history, the Cardinals not only hosted an NCAA Division III Tournament at Silloway Gymnasium but they also won their first-ever NCAA game, with a 101–71 triumph over Southern Vermont on March 2.

The Cardinals finished the season with a 22–7 overall record—the most wins in a single season for the program.

The No. 15–ranked Wesleyan University men’s basketball team cut a 21-point, second-half deficit to three midway through the final half on March 3, but No. 14 Swarthmore was able to regroup and claimed a 97–75 victory in the second round of the NCAA Division III Tournament.

The National Collegiate Athletic Association is a member-led organization dedicated to the well-being and success of college athletes.

Read more about the final tournament game and view a photo gallery in this Wesleyan Athletics article.