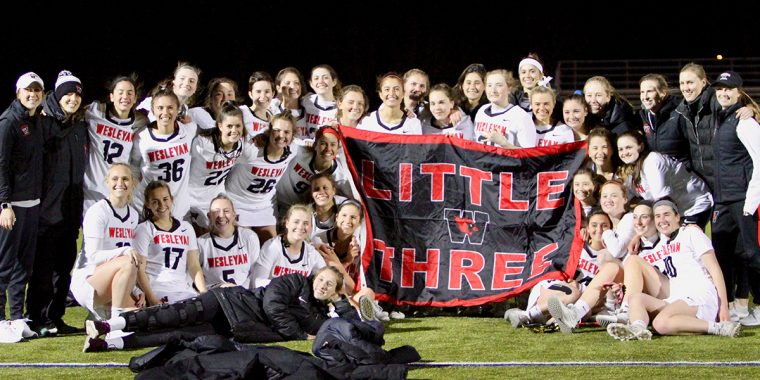 Little Three Championships are declared when a varsity team from Wesleyan, Williams, and Amherst defeats the other two rivals. The fierce competition among the schools dates back to at least 1910.