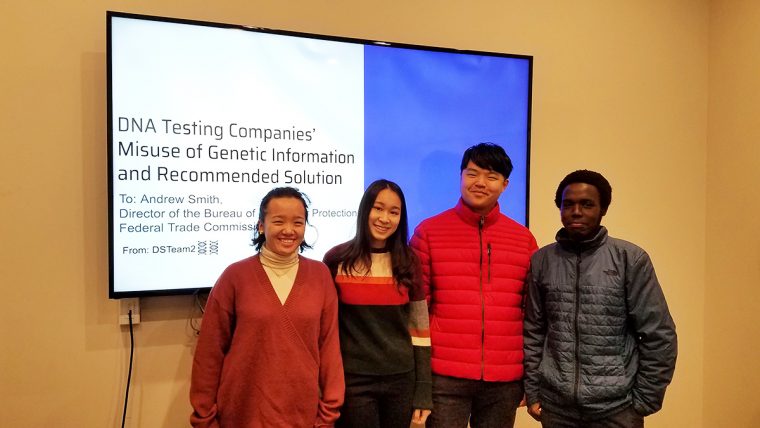 A team from Wesleyan took first place in the 2019 CSAW Policy Competition, the most comprehensive security competition in the world.

Hosted by the New York University Tandon School of Engineering and NYU School of Law Center for Cybersecurity on Nov. 6–8, the U.S.-Canada policy competition challenged contestants to think about the big picture of cybersecurity policy, economics, law, and governance. The purpose of the competition is to encourage students who are interested in the nexus of policy and emerging technology issues to think critically about major policy issues affecting society and to impact the cyber industry by presenting their ideas to leaders within the field.

The team took home a $1,000 prize for the first-place win. Teams from the United States Naval Academy took the second and third prizes.

“We did not expect that [we], coming out of a liberal arts university, would win, but having diverse backgrounds helped,” Hung said.

Read more about the competition in this QAC student blog.