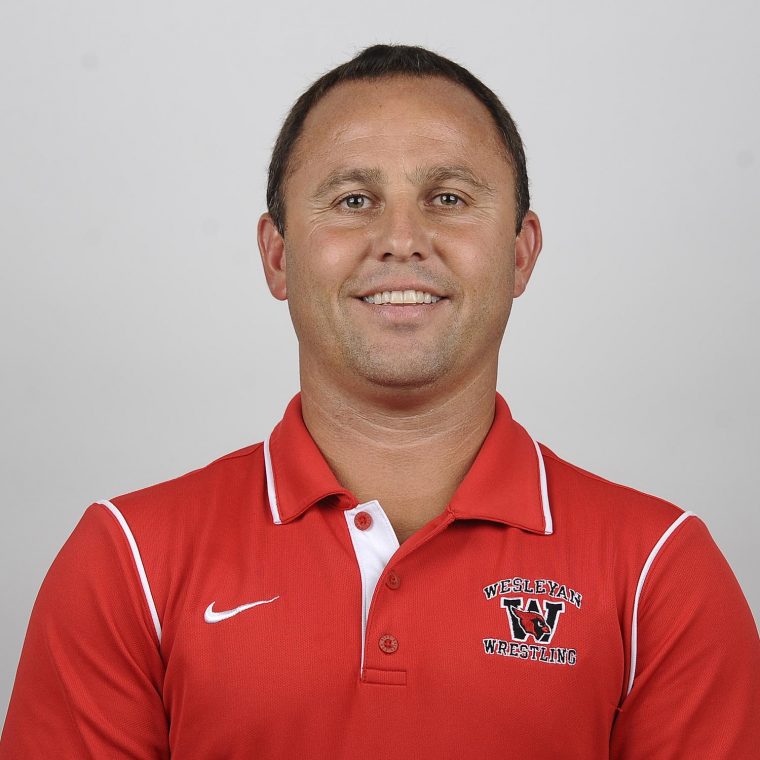 Black is the only coach in the 2020 NEWA Hall of Fame Induction Class. He’ll was joined by former wrestlers Joseph Adam of Trinity, Brian Glatz of WPI, and John Marsh of Bridgewater State, as well as contributor Dwayne Dawson of Western New England.

“To be called a coach is an honor. Coaching at Wesleyan is an honor and it has been a tremendous and impactful life experience for me. I want to thank John Biddiscombe for believing in me and hiring me 22 years ago,” Black said. “It is great to work for and work with people at Wesleyan who care about the sport of wrestling. Someone once said, ‘A coach impacts more lives in one year than most people do in their lifetime.’ I hope I have been able to make a positive impact on our Wesleyan wrestlers’ lives and I look forward to continuing to do so for many more years ahead.”

Black is in his 22nd year at the helm of the Wesleyan wrestling program and 26th year coaching overall. He is the winningest coach in Wesleyan wrestling history (which began in 1934), and entered the year with a 209-178-2 overall record at Wesleyan. Black also spent three years coaching at Phoenix College (junior college) and one year at Stow-Monroe Falls High School in Ohio.

In 2010 and 2011 Black helped guide the Cardinals to a third-place finish at the New England Team Championships, and in 2012 Wesleyan was crowned the NEWA Conference Champion. He was named the NEWA Coach of the Year in 2010 and 2012.

During the 2013 campaign, Black’s squad finished sixth overall at the Division III National Duals and was only the second team in New England history to place at the national duals at that time. The 2013 squad also ranked No. 10 in the national rankings, marking the highest ranking in program history, and in 2018 Wesleyan placed 18th at the NCAA Wrestling Championships.

Wesleyan wrestling has also excelled in the classroom during Black’s tenure, as the Cardinals have been named a Scholar All-American Team for 19 straight years.

“No one is successful or has success without the help of others,” added Black. “My family has been my foundation and has helped me in every way to be the coach I am and continue to strive to be. I also want to thank all of the coaches and all of the student-athletes I have had an opportunity to work with, as each and every person has made the Wesleyan wrestling program better and has helped me be a better coach. Thank you, New England Wrestling Association for nominating and selecting me for this coaching award and recognition.”