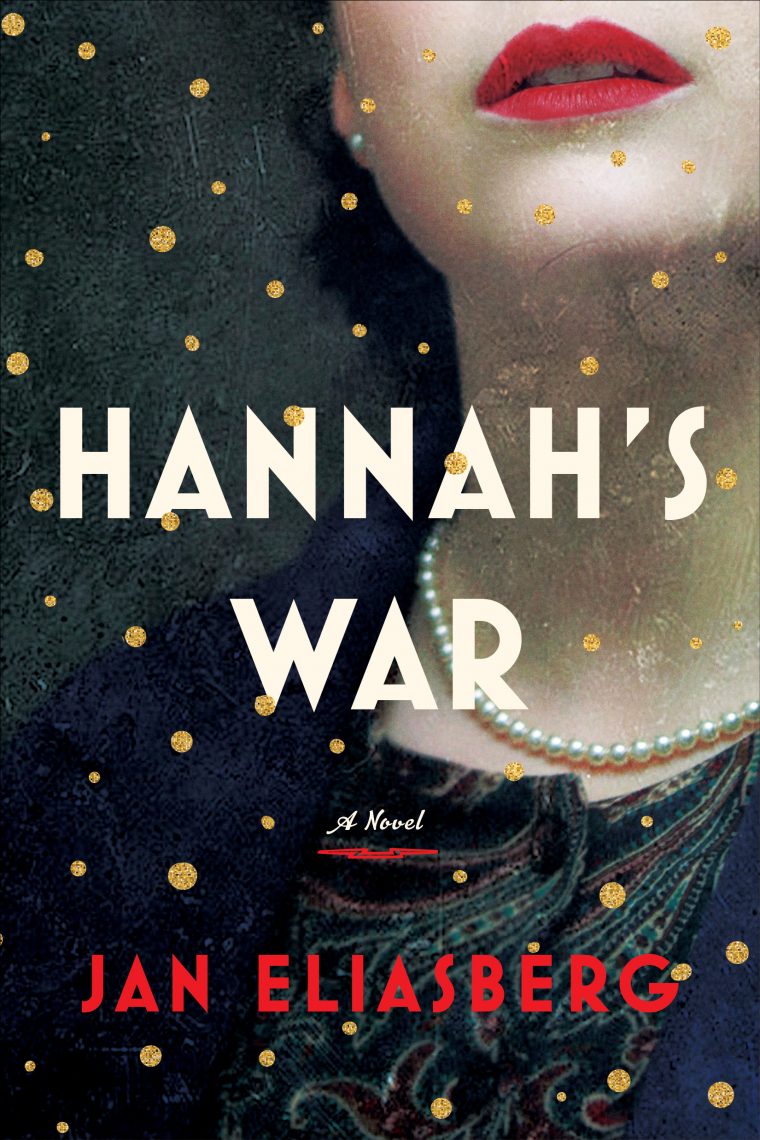 Award-winning writer/director Jan Eliasberg ’74, P’19 made her debut as a novelist with Hannah’s War, a story inspired by the real-life physicist Dr. Lise Meitner, whom an article in the Aug. 6, 1945, issue of the New York Times referred to as “a female, non-Aryan physicist,” noted for helping the Americans develop the atomic bomb.

Hannah’s War was published by Little Brown on March 3.

“Jan Eliasberg knows how to open big with strong suspense and wry humor and take us for a hurtling ride through one of America’s most complex moments,” said Amy Bloom ’75, Shapiro-Silverberg Professor of Creative Writing. “The wonderful characters of Hannah’s War bring together a moving love story, a high-stakes mystery, and a fascinating look into the moral compass of an exceptional woman.”

Wesleyan University Magazine had profiled Eliasberg, focusing on her work in television and film; here she discusses her transition to being a novelist.

Q: As a screenwriter and director, what were the challenges you faced in writing a novel?

Jan Eliasberg: There were far more advantages than challenges. I would say that the biggest challenge was the idea of sitting down for almost nine months with no collaborative contact. As a director, you do not have a minute to yourself, from the moment you start the job to the moment you finish: You’re on location with eight, 10 people; you are on a set with all 60 others asking you questions. But this was nine months of going for days without really talking to anyone. I mean, how lovely in retrospect, but slightly terrifying to contemplate.

Q: Did you find yourself writing scenes that seemed “cinematic”—ones you were particularly eager to visualize on the screen?

JE: I think it’s the scene that sets the story in motion: Jack, the military investigator, and Hannah, the person he suspects, are walking together along a beautiful, rock-filled trail. It’s the scene in which the possibility of a romance needed to start, but I didn’t want to do that in an obvious way. I remembered that one of the things that women did during the war—because nylon was rationed so they didn’t have stockings—was tattoo a line of henna up the back of their legs, like the seam of a stocking.

I thought, What a wonderful detail for Jack to notice, because he’s walking behind her and he’s seeing her walk up a ladder. And once he was conscious of that, he wouldn’t be able to get her out of his mind. I think if I had been shooting that as a scene in a film, I might well have had him notice that detail in a shot, and because I was thinking as a film director, I was able to translate that into the story. It doesn’t come out in dialogue; it comes out in the silences between them.

Q: How would you describe Hannah? Is there any particular scene that you feel illuminates her character?

JE: I think of two scenes that really illuminate her character, and one is the very first chapter.

I had the amazing realization that I could open the book with Hannah’s internal monologue—and when I say “amazing realization,” this was because one never—or only rarely—uses voiceover in film. As a new novelist, this wasn’t a tool that I was particularly thinking about. I had also already written quite a bit of the story in third-person, but I kept feeling like I wanted to hear Hannah’s voice. I really wanted the reader to hear that too, and to feel close to her right away. She’s a very guarded character and this is a story in which she’s in a position to be keeping a very, very large number of secrets.

I won’t say too much about the other scene, however, because it would be a spoiler, but it’s about the first time that she works really collaboratively with Stefan Frei, another scientist. It was a moment when I realized that scientists are artists, that once they’re working toward the center of something, they will work forever to get get to the truth of it. It’s a passion and it’s a fairly fiery passion. In that scene, she is being unleashed as a scientist. It was also as if she were unleashed as a person in every way, and I loved that moment for her.

Q: What would you like your audience to take away from this novel? What does Hannah’s life teach us?

JE: I hope that Hannah’s War will show my daughter and her peers that history is filled with remarkable women of towering achievement and deep humanism; we need only look beyond the authorized texts to see them. I wrote to shine a light on one of these women, and I hope Hannah’s War will be a beacon for all women, in my daughter’s generation and beyond, to live not only with authenticity and pride but also with the support and acknowledgment of the wider world.

I want the reader to experience the thrilling intensity and the moral complexity of the development of the atomic bomb through the eyes of a brilliant and passionate female physicist whose love changes the course of history. I hope readers will come to believe that the actions of one person really can shape the course of history and that the power of love can, truly, change the world. Those are the primary reasons I wrote the book.

Q: Please tell us about the experience of talking about Hannah’s War to the reading public on a book tour.

JE: It is wonderful discussing the ideas that are the fabric of this book, such as the morality of the scientists once they realize that their pure science was going to become militarized—as well as the political analogies between 1938 Berlin, 1945 America, and 2020 America, with the refugee crisis and antisemitism.

Those things are very much of the moment, as well as the issues around Hannah as a woman and a genius, so I find that there is an endless amount to talk about; I’m not repeating the same stories over and over. When I was in Salisbury, Conn., two men were arguing about whether the atomic bomb should have been dropped: Did it or did it not save lives in the war against the Japanese? In another conversation, a woman with a 12-year-old daughter wanted to talk about how to lessen the impact of peer pressure on young girls.

Those are two completely different conversations, both provoked by the book, and equally important and fascinating.