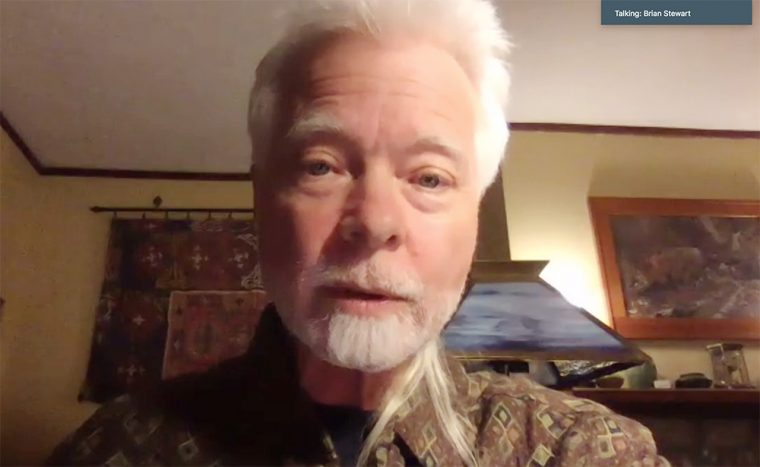 On April 22, Professor of Physics Brian Stewart held his annual Earth Day Rant. This year’s topic was “Bending the Curves: Coping with Crises from Car Crashes to Coronavirus to Climate Change.”

During his talk, Stewart discussed and compared how a car crash, storm, epidemic, and climate change vary in terms of mitigation, adaptation, perception, agency, cost to the United States, and deaths per 100,000 people. The current epidemic has cost the U.S. more than $2.5 trillion, whereas vehicle accidents amount to $277 billion per year (excluding indirect costs), and storms cause $30 billion per year in damages. All contribute to the country’s Gross Domestic Product.

“Now, time is extremely short . . . What are the mechanisms we can put into place to give ourselves a shot at retooling society in a sustainable way? Nobody knows. We haven’t figured that out,” he said.

Stewart pointed out one of the rare positive effects of the COVID-19 epidemic: It has slightly reduced the emission of carbon dioxide that leads to global warming.

“I’d like to say with the economy of the United States dramatically dampened . . . it’s possible that CO2 emissions will decline by 5 percent this year, owning to the cessation of much economic activity,” he said.

Stewart explained how a coordinated effort to reduce CO2 emissions would not necessitate such a large impact on the economy per unit of CO2 reduction, “but that the prospects are nonetheless daunting, and time is not on our side.”