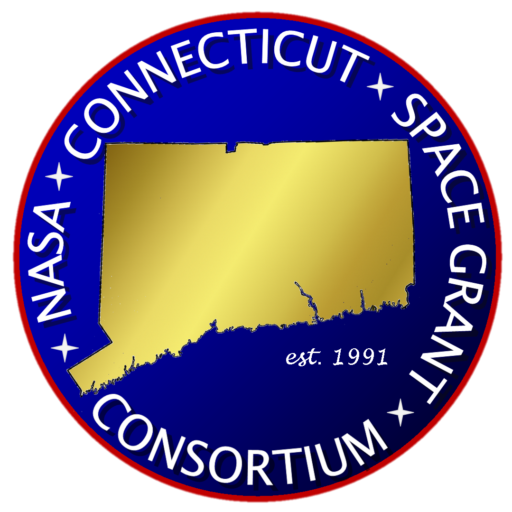 Four members of the Class of 2021 are recipients of NASA Connecticut Space Grant Consortium awards.

Kimberly Paragas ’21, Ben Martinez ’21, Molly Watstein ’21, and Mason Tea ’21 each received a $5,000 Undergraduate Research Fellowship for their ongoing research. They’re among only seven students statewide to receive the honor.

“I have never seen an institution be so successful at these very competitive grants, and was so proud and impressed by the student applicants,” said Seth Redfield, associate professor of astronomy.

Paragras is working with Redfield on her project titled “Gas Giant Atmospheric Mass Loss.” According to the abstract, “Atmospheric mass loss is one of two aspects that influence the evolution of planets, making it essential for understanding their origin. The helium 1083 nm line offers insight into the atmospheric escape of close-in exoplanets, which significantly sculpts their population. This project aims to detect excess helium absorption in the atmosphere of the gas giant HAT-P-18b and estimate its present-day mass loss rate by using transit observations taken with an ultra-narrow band filter. The outcome of this project will provide valuable data for constraining mechanisms of mass loss, as helium outflows have only been detected in 5–6 planets to date.”

Martinez ’21 is working with Ed Moran, chair and professor of astronomy, on a project titled “An Unbiased Survey of Black Hole Activity in the Local Universe.” According to the abstract, “Cosmological simulations have shown that the fraction of low-mass galaxies in today’s universe that contain a nuclear black hole is directly related to the mechanism by which massive black hole seeds formed in the early universe. We have obtained optical emission-line measurements for an unbiased sample of local galaxies using a variety of instruments and will separate the objects into four distinct activity classes. We must remove continuum features from our spectra via the process of starlight subtraction, and examine X-ray and near-IR source catalogs for additional evidence of black-hole accretion to create a comprehensive picture of black hole activity in the nearby universe.”

Watstein ’21 also is working with Moran on a project titled “New Insights into AGN Unification from NuSTAR Observations of Nearby Seyfert 2 Galaxies.” According to the abstract, “Recent X-ray studies have reported a correlation between accretion rate and the presence of a hidden broad-line region in obscured active galactic nuclei (AGNs), suggesting that a substantial revision of the unified model for AGNs is needed. These investigations, however, were based on soft X-ray data, which are unreliable for determining intrinsic luminosities and accretion rates in such objects. Using NuSTAR data in the hard 3-80 keV band, I will determine the intrinsic X-ray luminosities of a large sample of obscured AGNs that have sensitive Keck spectropolarimetry observations, which will afford a definitive test of the accretion-rate hypothesis.”

Tea ’21 is working with Roy Kilgard, associate professor of the practice in astronomy, on a project titled “Analysis, Characterization and Variability of Local, Accreting X-ray Binaries with Archival Chandra Observations.” According to the abstract, “Compact objects are often found in binary systems, emitting X-ray radiation from plasma in their accretion disks as they siphon material from a donor star. Observations of these X-ray binaries (XRBs) in nearby galaxies provide the best opportunity to study the gravitational effects of compact objects on their environment and the high-energy physics powering their emission. In performing a detailed spectral and temporal analysis of the roughly 80 brightest X-ray sources within 15 Mpc, I hope to assess their spectral state and variability in order to more accurately constrain the parameter space and local population of XRBs and black hole binaries (BHBs).”

The NASA Connecticut Space Grant Consortium (CTSGC) is a federally mandated grant, internship, and scholarship program that is funded as a part of NASA education. NASA CTSGC was formed in 1991 in an effort to encourage broader participation in NASA research programs.