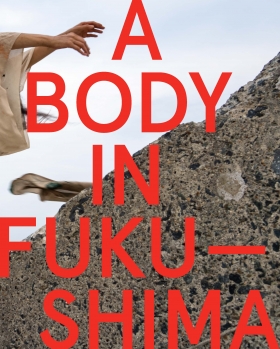 A new book written by two Wesleyan faculty explores the experience of two travelers in the land destroyed by the Fukushima Daiichi nuclear disaster in 2011.

William Johnston, John E. Andrus Professor of History, and Eiko Otake, visiting artist in dance, are the co-authors of A Body in Fukushima, published June 1 by Wesleyan University Press.

Johnston, a historian and photographer, accompanied Japanese-born performer and dancer Otake on five explorations across Fukushima, creating 200 photographs that document the irradiated landscape, accentuated by Eiko’s poses depicting both the sorrow and dignity of the land.

Johnston elaborated on the process of creating the book.

“By witnessing events and places, we actually change them and ourselves in ways that may not always be apparent but are important,” Johnston said. “Through photographing Eiko in many places in Fukushima, we are witnessing not only her and the locales themselves but the people whose lives inhabited these places. I do not consider my photographs as documents of Eiko’s performance. Rather, each photograph becomes a performance of its own when placed in front of a viewer.”

The book also includes essays and commentary reflecting on art, disaster, and grief.

Johnston and Otake were interviewed about their work on the book by the Gagosian Quarterly for the Summer 2021 Issue.

A Body in Fukushima: Recent Work Exhibition on Display in Zilkha Gallery (February 2018)

Johnston, Otake Exhibit A Body in Fukushima in Manhattan (September 2016)

A Body in Fukushima: Photo, Video Exhibit on Display at 3 CFA Galleries (February 2015)