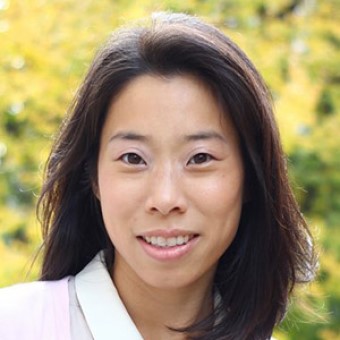 While teaching in New York City public and charter schools that served low-income, students of color, Roseann Liu and her fellow educators would frequently purchase basic resources such as paper, books, and classroom manipulatives for their students out of their own pockets. Students learned from outdated textbooks and teachers hungered for professional development opportunities.

Teachers and parents alike understood these conditions as the norm.

“Having less became natural,” said Liu, assistant professor of education studies. “Most students, parents, and teachers were unaware of how sharp the disparities were between underfunded and well-funded schools.”

As a newly-selected National Academy of Education (NAEd)/Spencer Postdoctoral Fellow, Liu is exploring the topic of racial equity in school funding through an ethnographic book project, tentatively titled “Designed to Fail.” She’s among only 25 fellows selected for the $70,000 fellowship from a competitive pool of 249 scholars of education.

“‘Why is racial equity in school funding so hard to achieve?’ That’s what I hope to answer,” Liu said.

While some scholars have already focused on finding the best models for school funding (for example, using performance-based systems), few studies have focused on the actions of school funding influencers— such as lawmakers, advocates, and lawyers—including the strategies they deploy to change school funding systems and the impact of their work.

And that’s where Liu’s ethnographic study plays a role. Rather than creating models, she’s speaking to Pennsylvania state legislators, advocates of fair funding, and lawyers in school funding cases.

The United States is already feeling the ramifications of unequal school funding. The Black Lives Matter movement, for example, “connected issues of chronic disinvestment in the education of Black children and defunding the police as a way to illustrate how little the country has invested in black communities,” Liu said. “As we’ve seen reported in previous studies, an increase in per-pupil funding leads to more completed years of formal education, higher wages, and lower rates of adult poverty.”

Liu’s passion to explore inequality in school funding amplified once she began working as a research associate for Research for Action, an educational policy and evaluation research organization. There, she visited many schools across the state and observed that majority-white schools—even poor ones—were much better equipped with resources than majority-Black schools.

Liu later joined POWER interfaith, a grassroots organization in Pennsylvania committed to racial and economic justice. Through organized rallies and other actions, the group draws attention and engagement to the issue of racial equity in school funding.

“We want the state to construct a school funding scheme that does not privilege white districts,” she said. “That would be the desired outcome.”

Liu’s long-term professional goal as a public scholar is to address the most vexing social problems of our times. Through her fieldwork with organizers and advocates, she’s learning about the importance of connecting research to grassroots organizing and educating the public on these issues.

“While research can inform good policy decisions, grassroots movement-building shapes public opinion that keeps policymakers accountable to their commitments,” she said. “I aim to help people problematize the racial inequalities they have taken for granted, and to see that there is nothing ‘natural’ about these phenomena. This project contributes to that goal by examining why racial equity in school funding is so difficult to achieve.”