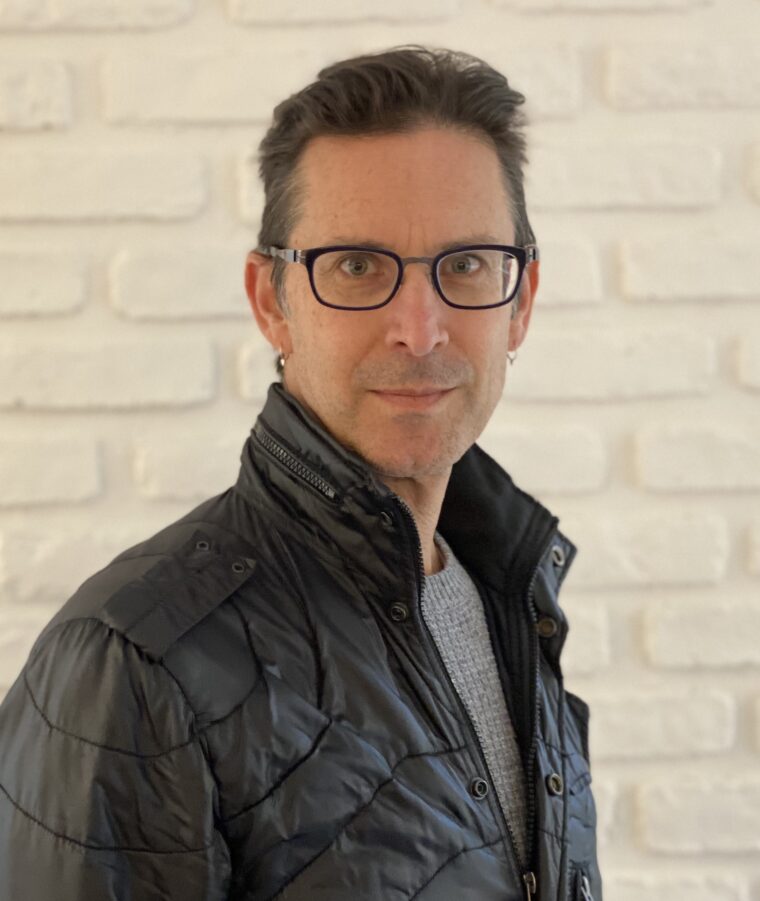 The first time Ethan Kleinberg, the Class of 1958 Distinguished Professor of History and Letters, immersed himself in the world of the French philosopher Emmanuel Levinas 20 years ago, he wrote a book.

“It was written as a traditional intellectual history and I found that what that I had done was to completely deactivate the aspects of Levinas’ thought where he believes that there are ethical guidelines that come to us from outside our own history, these transcendent ethical guidelines puncture any historical or contextual moment,” Kleinberg said.

He didn’t like what he’d written, so he took an unprecedented step—he tore it up and started over again over a decade later.

Kleinberg’s new take on Levinas’ cultural legacy, Emmanuel Levinas’s Talmudic Turn: Philosophy and Jewish Thought will be published this October in the Cultural Memory in the Present Series from Stanford University Press. Using a series of Levinas’ lectures on the Torah and the Talmud as the touchpoints, Kleinberg has crafted an exploration of his thinking that encompasses aspects of Western philosophy, French Enlightenment universalism, and the Lithuanian Talmudic tradition.

Levinas, a man of strong convictions and a sense of humor, was born in 1906 in present-day Lithuania. Levinas was the among the first to bring philosopher Martin Heidegger’s work to France, and later wrestled with the German’s turn toward Nazism.

Levinas became a French citizen in 1930 and served in the French military during World War II. He was captured in 1940 and spend the remainder of the war in a German prison camp. He was insulated from the Holocaust because of his status as a prisoner of war. Levinas held a relatively protected position despite his religion. His family in Lithuania did not, and were murdered by the Nazis.

While a prisoner, Levinas turned to sacred Jewish texts, which prompted an evolution in his thinking. Initially, a philosopher associated with the existentialists, his experience during the war led him to focus on what he called “being-Jewish.” He chronicled his thoughts in a series of notebooks, which were recently published.

“He was trying to imagine a way of being Jewish. He’s trying to rethink his understanding of philosophy and Judaism while in the POW camp. He doesn’t work it out then, but you can see him grappling with it,” Kleinberg said. “When he returns to France after the war, he realizes that not only his family in Lithuania perished in the Holocaust, but the entire community of his youth was gone. The famous Talmudic academies of Lithuania were gone. The Jewish schools were gone. They were all destroyed in the Holocaust and I think that plays a huge role in this story.”

During his post-war career as a philosopher and director of a Jewish high school, Levinas split his time and his work between that of a secular philosopher and that of a Jewish teacher or sage. Nevertheless, in all of his texts, Levinas is grappling with the post-Holocaust reality of a non-interventionist God. In his Talmudic lectures we see the construction of a post-Holocaust understanding of Judaism where the power of God lies in the books that God has given us. This is a more remote God who offered a set of ethical guidelines on how to live and empowered us to enact those ethics.

Levinas believed that the Talmud had everything one needed to live a just life—it simply needed to be re-activated and transposed into our current cultural circumstances, Kleinberg said. The result of Levinas’ study is a sense that being attuned to the needs of the other, despite the vulnerability that this creates in a person, is a way to live. “It’s much more generous,” Kleinberg said.

Despite Levinas’ intense focus on ethics and what one must do to lead an ethical life, he has become a controversial figure because of statements he made about the relationship between Israel and Palestine and thought traditions from Asia and Africa, Kleinberg said. “I take up these problems and try to determine whether there are ways to extract his ethical teaching from his own problematic pronunciations,” Kleinberg said.

After about two decades immersed in Levinas’ work, Kleinberg has his own takeaways. “Oftentimes people look at past times, past cultures, or alternative religious beliefs as sort of strange or not scholarly, but it has made me realize that secular scholarship is just as strange as any other mode of thought. That allows you to be much more self-critical and self-aware about your presumptions. That’s really changed the way I thought,” Kleinberg said.