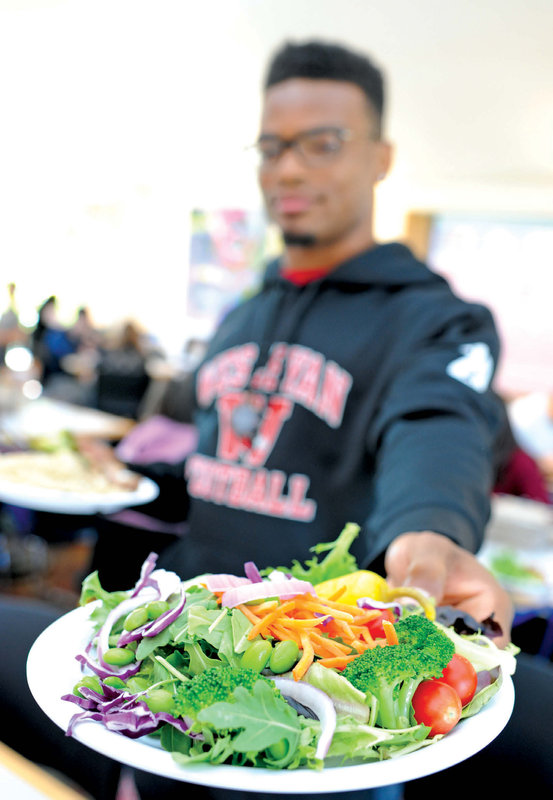 Like many other activities on campus, Wesleyan Food Rescue went into a kind of hibernation during the height of the global pandemic last year.

When Food Rescue distributed food daily, over 40 students were involved. Last year the number dwindled to seven participants. Now, student coordinators were looking to rebuild the ranks of their almost 10-year-old organization.

Student coordinators Gina Gwiazda ‘22, Ari Hart ‘24, and Lucia Voges ’24 are looking for at least three or four drivers to help them bring more food to the Eddy Shelter, located on Labella Circle in Middletown. Expanding the number of available drivers would allow them to increase the number of days they can serve the shelter. The students also receive some help from staff members who will drop food off at the shelter at the end of their shift.

“We are the Eddy Shelter’s only reliable food source,” Gwiazda said. “Last year we got money from the Innovation Fund to buy the shelter a few things, like a microwave and an air fryer.”

Food Rescue’s work is elegant in its simplicity. Wesleyan routinely has more food available at Usdan, Summerfields and other campus dining haunts than can be eaten. Food Rescue collects the food and delivers it to the shelter, assuring that people who are food insecure receive help and the university has a positive way to distribute unused food.

“I think the pandemic exposed a lot of the issues with Wesleyan’s relationship to Middletown, so I think continuing Food Rescue was one really small way to be aware of how we are affecting the community,” Voges said.

Each of the students brings their own passion for the work.

Gwiazda started her first year, quickly applied to be a coordinator, and is now working hard to make sure the program continues when she graduates.

Voges grew up in a wealthy community and was exposed at an early age to students who struggled with poverty during the summers when schools were not in session.

Hart took a gap year working for AmeriCorps, focusing on issues of food insecurity and sees the work of Food Rescue as an important way to widen their focus. “I felt like I was in this isolated little bubble, but there is more to this area than what I was seeing. This was a way for me to connect and have an understanding of what is going on in the outside world,” Hart said.

For many students, participating in the program is a relatively easy, yet profoundly impactful way of connecting to the Middletown community.

“There is an incredible amount of privilege at this school, something that is not shared by many of our neighbors. This is a way we can return the favor to some extent. We’ve been let into this community that’s not ours and we want to help make it a little bit better,” Hart said.

For more information, or to volunteer to get involve, e-mail wesfoodrescue@gmail.com.

previousJacobsen Honored for Furthering the Status of Women in Economics