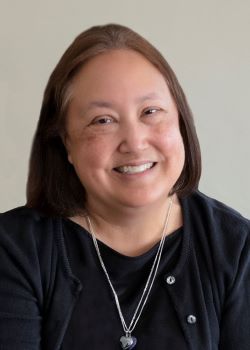 Jacobsen, who retired from Wesleyan in 2019, is the Andrews Professor of Economics, Emerita. She’s the current president—and the first woman to serve as president—of Hobart and William Smith Colleges.

“When I think of Joyce’s presence and impact at Wesleyan, the words ‘energetic,’ ‘disciplined,’ ‘innovative,’ and ‘supportive’ come immediately to mind,” said Gil Skillman, professor and chair of economics. “She was astonishingly productive and effective here as a teacher, scholar, and colleague, and later, as an administrator. She also was consistently supportive of both colleagues and students, acting as an ombudsperson for students (especially female economics majors) and investing considerable time and effort in encouraging and assisting the research endeavors of colleagues.”

She was tenured in 1996, became a full professor in 2000, and was appointed as the Andrews Professor of Economics in 2003.

In addition to teaching, she also served in many leadership positions, including chair of the Economics Department, dean of Social Sciences Division, director of global initiatives, and most recently, provost and senior vice president for academic affairs. She received Wesleyan’s Binswanger Prize for Excellence in Teaching in 2007.

Richard Grossman, professor of economics, befriended Jacobsen in college. They both attended Harvard and the London School of Economics.

“Joyce is a first-rate scholar, an award-winning teacher, an excellent administrator, and a kind and caring friend and mentor,” Grossman said. “She’s an outstanding university citizen who has taken on many crucial roles, some of which are high-profile, but many of which are not. She takes on these roles because the work is important and because she is motivated to get important things done.”

Jacobsen also is an accomplished author. She’s written extensively on labor economics, including the economics of gender, sex segregation, migration, and the effects of labor force disruptions on women’s earnings.

Her book, Economics of Gender, has become the standard textbook in the field. She also co-edited the volume Queer Economics: A Reader with her former student, Adam Zeller ’00 in 2007, and wrote the book Advanced Introduction to Feminist Economics, published in 2020, which uses the lens of feminist economics to examine economics as a whole and numerous subtopics. In 2008, Jacobsen co-authored a book titled Labor Markets and Employment Relationships with Skillman, and they also served as co-editors of the Eastern Economic Review for several years.

“Joyce is a personal friend as well as a respected colleague, and I’m fortunate in having worked with her in a number of capacities,” Skillman said. “When she was provost and I was chair of the faculty, I saw first-hand the way that she creatively addressed administrative, logistical, and personnel matters. I’ve kept in touch with her as she’s undertaken the responsibility of navigating Hobart and William Smith Colleges through the pandemic and other challenges, and have seen her display the same combination of energetic, creative, and supportive engagement with that institution’s students, faculty, and staff.”

CSWEP is a standing committee of the American Economic Association charged with promoting the careers and monitoring the progress of women economists. It sponsors mentoring and networking activities, conducts an annual survey of economics departments, and distributes professional development materials and career advice.

Named after the first chair of CSWEP, the Carolyn Shaw Bell Award was created as part of the 25th Anniversary celebration of the founding of CSWEP and has been given annually since 1998 to an individual who has furthered the status of women in the economics profession through example, achievements, increasing our understanding of how women can advance in the economics profession or mentoring others.

Jacobsen will receive the award during the virtual CSWEP business meeting during the 2022 AEA meeting.

Grossman, who “had the good fortune” to follow Jacobsen as chair of the Economics Department, says Wesleyan benefitted enormously from her example, advice, and mentorship.

“When Joyce was preparing to leave for HWS, I told her that I noticed that she had taught every one of the department’s introductory and core courses except one,” Grossman recalled. “I told her if she came back to teach that course, we would give her a set of steak knives.”