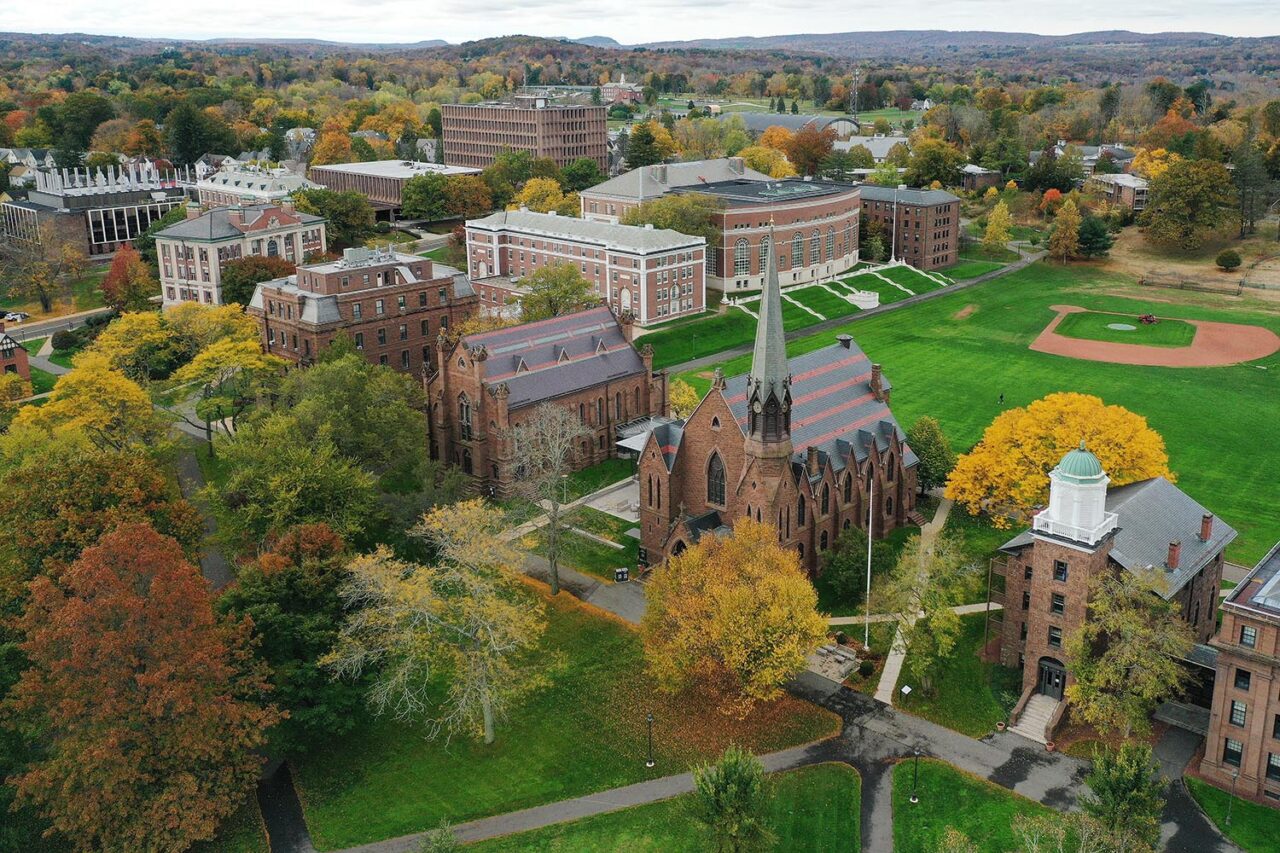 A new Wesleyan University project funded by a three-year, $1 million grant from The Andrew W. Mellon Foundation will investigate Connecticut’s racial, industrial, and political history from an interdisciplinary perspective.

The Andrew W. Mellon Foundation—the nation’s largest funder of the arts, culture and humanities—awarded more than $16.1 million to 12 liberal arts colleges from across the nation, including Wesleyan, as part of its Humanities for All Times initiative. Humanities for All Times was created to support newly developed curricula that both instruct students in methods of humanities practice and demonstrate those methods’ relevance to broader social justice pursuits.

Wesleyan’s “Carceral Connecticut Project: The History of Race, Capitalism, and Violence in the Connecticut River Valley” (CCP) will, through innovative courses, engagement with archives and museums, and public presentations (exhibitions, theatrical performances, a conference and a documentary film), explore the past and contemporary resonances of slavery, race, and industrialization in New England.

The investigators on project are: Demetrius Eudell, dean of the Social Sciences and professor of history (PI/coordinator); Sonali Chakravarti, professor of government; Jennifer Tucker, associate professor of history; and Jesse Nasta, assistant professor of the practice in African American studies and director of the Middlesex County Historical Society. As well, award-winning interdisciplinary artist and filmmaker, John Hulsey will produce a documentary film that re-narrates the region’s past through its industrial sites.

The activities of the grant are set to begin this spring semester with the creation of a search committee to hire two postdoctoral fellows who will teach new courses and support the efforts of the initiative. New courses in visual methods in the Humanities and Social Sciences, policing, incarceration, notable jury trials, and Connecticut’s history of ammunition and its national gun culture will launch in Fall 2022.

“This is an opportunity to combine what Wesleyan does very well in terms of research, undergraduate teaching, and civically engaging the space where we are,” Eudell said. “We hope that the project will give a sense of the complexity, the texture, the history, and the longevity of the issues with which we continue to be confronted.”

Connecticut is often identified and celebrated for being politically moderate. Underneath this political image, there also exists a history of racial segregation and inequality, and this project aims to engage some of the unexamined assumptions of the conventional historical understanding.

“The CCP seeks to open a dialogue that will promote a more robust public understanding of the existential history of the region—indeed, of the nation,—one that moves beyond accounts that overlook or minimize the complexity and structural inequity of the past and present,” Eudell said.

The topics engaged in this initiative, together with the innovative methods of inquiry—including documentary filmmaking, theatrical performances, curatorial experiences, archival research, and digital and visual storytelling—are designed to attract students from all majors.

“Students come into our courses excited at the prospect of engaging with the world of arts and ideas in a rigorous way and developing their ability to communicate in speech and writing in a sophisticated way about some of the most urgent questions of our time,” Eudell said.

The humanities have recently been challenged by questions of relevance, especially occupational, Eudell said. However, there are some societal questions for which the humanities are especially poised to respond. “The humanities help us to understand the meanings of being human and how we hold together (including hierarchically) in our local and global communities,” which remains critical for addressing urgent political concerns, Eudell said.