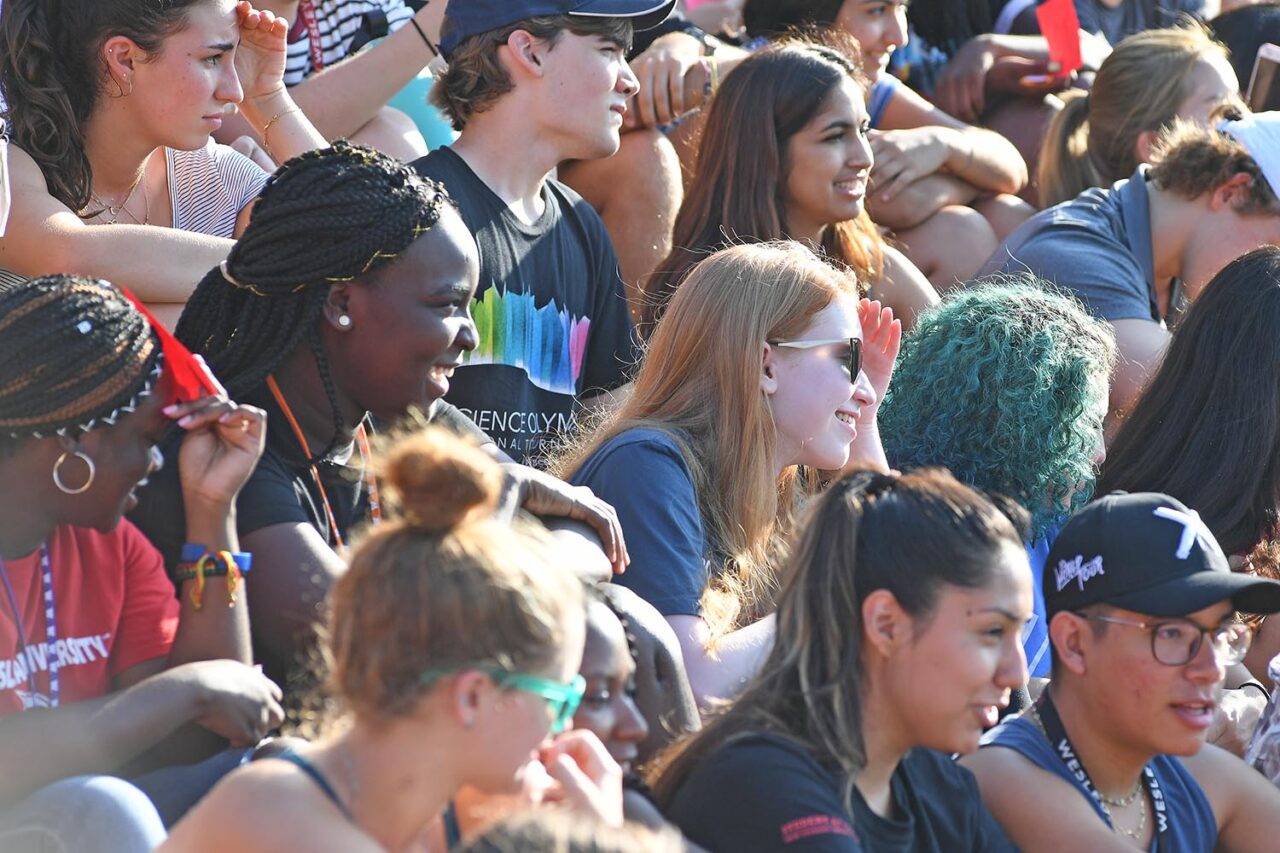 Political upheaval. A national reckoning on matters of race. A global pandemic. Any one of these major world happenings would leave an impact on a student’s college experience. But for the Wesleyan University Class of 2022, the totality of events has been, to dredge up an overused expression, unprecedented.

As Reunion and Commencement Weekend 2022 approaches, Wesleyan reflects on and celebrates a class that has shown courage, creativity, and resiliency in the face of a complicated and fraught world. “There were difficulties aplenty, but also tremendous fortitude and endless examples of sacrifice for the greater good,” said Michael Whaley, vice president for student affairs.

At Commencement, the university will recognize three remarkable changemakers with honorary degrees— Freeman A. Hrabowski III, president of the University of Maryland, Baltimore County, who will also deliver the Commencement address; Joseph J. Fins ’82, physician, professor, and renowned medical ethicist; and Gloria Steinem, award-winning journalist and political activist. Rita Moreno, who was previously announced as a recipient of an honorary degree, is no longer able to attend, due to a scheduling conflict.

In addition, as is a tradition for Wesleyan, the classes ending in 2 and 7 will be on campus in the days leading up to Commencement to celebrate their reunions, assuring a lively weekend of lectures, performances, events, dinners, and ceremonies.

Every commencement celebrates the unique stamp a class leaves on Wesleyan. The Class of 2022 was the first graduating class to experience forays into online learning, to experience campus lockdowns, all while growing into their own brand of activism.

“As we try to emerge into a new normal, there is a real sense of accomplishment, of perseverance, of resiliency, of creativity. This class has had to think about how to do things in ways that they never would have imagined prior to the past two years,” said Nicole Stanton, provost and senior vice president for academic affairs.

Whaley recalled telling the class of 2022 when they arrived on campus in August 2018 that nobody could predict the changes and challenges ahead of them during their time at Wesleyan. “We had the utmost faith in their ability to learn and grow and thrive together as a community,” he said.

Their first year was fairly typical. Sophomore year, as the global pandemic struck, forced the Class of 2022 to adapt and change in unexpected ways. “Our belief in the importance of being together and learning from each other was perhaps never stronger than through this period,” Whaley said.

Because of the wide array of perspectives on campus, it’s hard to point to a quintessential, class defining moment. But for Stanton, the wide embrace of the Black Lives Matter movement on campus was an important hallmark of their four years. “That sense of justice, of equity, of thinking about who we want to be as a community is significant,” Stanton said.

“I salute their creativity, their resilience, and their deep concern for each other that has been so evident these last few years,” Whaley said.

Michael Whalen ’83, Frank V. Sica Director of Athletics, chair of physical education, believes that the way the class handled itself in the face of adversity will serve them well professionally after graduation. He watched senior athletes show leadership time after time. “I am proud of our seniors and how they persevered through this most challenging time,” Whalen said.

Tested in a way that a class has not in recent memory, the hope is that the Class of 2022 will go on to do important things. “Wesleyan is better and stronger by virtue of us being together during these challenging times, and I look forward to all the good they will do after they leave campus. It has been a great gift to be on this journey with them,” Whaley said.

Alison Williams, vice president for equity and inclusion, offered a wish for the Class of 2022 that could be applied to just about everybody. “I hope that they will get to experience a world free of pandemic and wars sooner than later,” Williams said.

previousCenter for Prison Education Returns to In-Person Classes This Summer

nextWesleyan in the News, May 2022