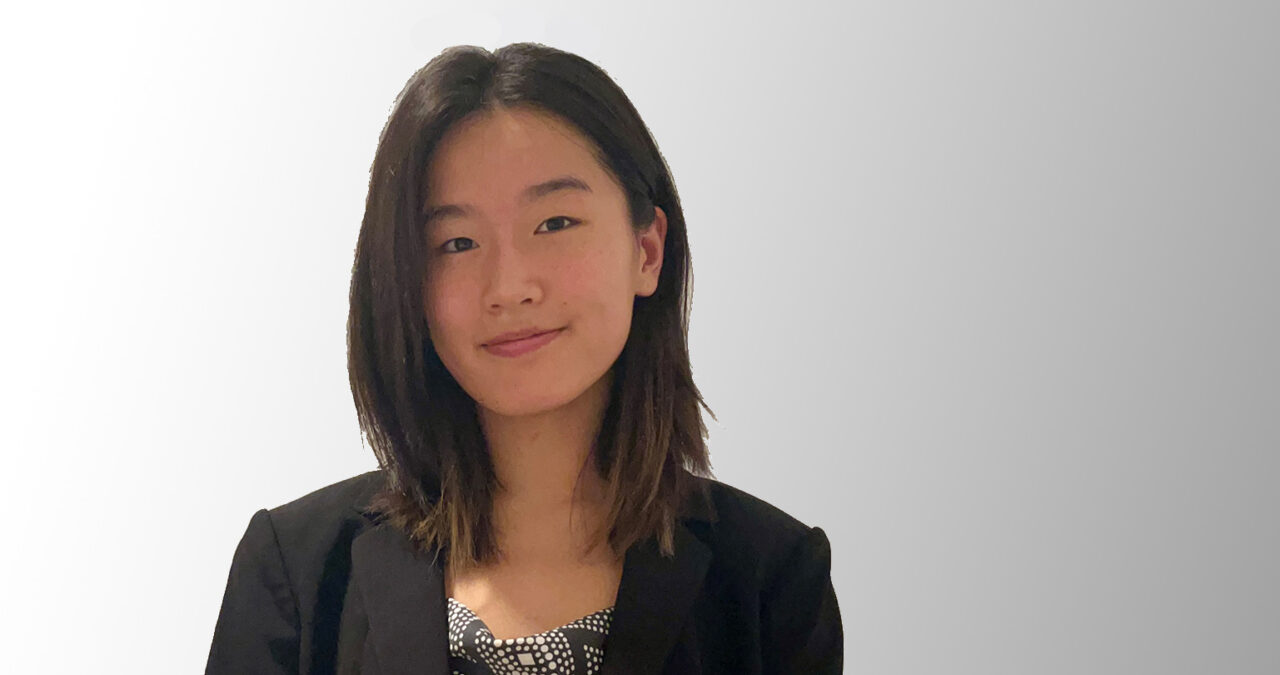 Following Japan’s attack on Pearl Harbor, President Franklin Delano Roosevelt signed Executive Order 9066 which led to the forced relocation and internment of more than 120,000 Japanese Americans. Among these were thousands of college students who were also discharged from their respective universities.

In response, several university officials, church leaders, and active citizens formed the National Japanese Student Relocation Council in an attempt to return these Japanese American students—most of whom were U.S. citizens—back to college campuses, nationwide.

As a 2022 Library of Congress Junior Fellow, Bauerle is spending 10 weeks this summer studying a digitized collection of Japanese internment camp newspapers. These publications allowed the interned Japanese Americans to chronicle their stories and experiences, and share news, literary works, editorials, and even comic strips while living in the camps. Her final project will be an interactive story map about Japanese American higher education while incarcerated in WWII.

“I’m interested in higher education opportunities for Japanese Americans during WWII, and how their experiences with oppression and discrimination contribute to higher education access today,” she said.

Bauerle’s work will be a contribution to the Library of Congress’ Connecting Communities Digital Initiative, which encourages creators in Black, Indigenous, and communities of color to combine Library materials with technology to connect Americans with a more expansive understanding of the country’s past and future. Her work will be available to the public on July 20 online.

In addition, Bauerle and the other Junior Fellows are exposed to a broad spectrum of library work: copyright, preservation, reference, access, and information technology. Working under the direction of Library curators and specialists, fellows also explore digital initiatives and increase access to the Library of Congress’ collections and resources.

While conducting her research, she encountered another Wesleyan connection. Thomas Bodine, from Wesleyan’s Class of 1937, served as a temporary national director of the Student Relocation Council and was featured in a Feb. 27, 1943 Minidoka Irrigator article. He assisted many students in relocating from the internment camps to college campuses.

“All students intending to continue their education … may rest assured that the Student Relocation Council will continue its work through 1943, and help them as much as we can as long as there is a need,” Bodine said in the article.

Bauerle ’24, who hails from Rochester, Minn. and also self-identifies as an Asian American, is minoring in the College of East Asian Studies. She’s had a longstanding interest in Asian American history and has already spent ample time at Wesleyan’s Special Collections and Archives. There, she browsed student activism documents through the Asian American Student Collective and also for a Korean history class.

After graduating from Wesleyan, Bauerle will attend graduate school for a Master’s in Library Science.

“Libraries are such an amazing public service for research but also for the community,” she said. “Library Science also includes data science and making information networks which interests me as well.”

The Junior Fellows summer intern program has been a signature initiative of the Library of Congress since 1991 and is supported by a grant from the Mellon Foundation.

nextFinding Hope in 30 Years of Struggle for Reproductive Justice