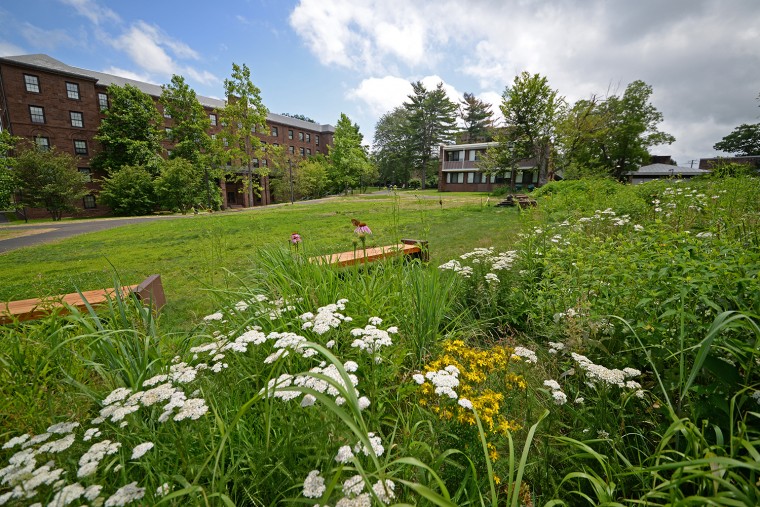 Frank G. Binswanger Jr. ’50, P ’76, ’78, GP ’13, ’15, former member of Wesleyan’s Board of Trustees and corporate real executive, has died. Frank and his brother John ’54, P’83, GP’ 06, ’10, ’16 established the Binswanger Prize for Excellence in Teaching in honor of their father. Each year at Commencement members of the Alumni Association Executive Committee choose three faculty as recipients of the prize. (July 28)

Erika Franklin Fowler, professor of government and the director of the Wesleyan Media Project, told the Connecticut Mirror that the cost of political advertising in would likely rise if Connecticut became an early primary state. (July 27)

Jack Fessenden spoke to MovieMaker about the future of film. (July 25)

Stephen C. Angle, a professor of philosophy and East Asian studies, spoke to the Hartford Courant about the benefits of Confucianism in everyday life and his new book “Growing Moral: A Confucian Guide to Life.” (July 23)

Peter Rutland, professor of government, identified the four main groups of elite that emerged in Russia in the past decade in the Eurasia Review. (July 23)

Hilary Jacobs Hendel ’85, P’18, wrote a piece for the National Alliance on Mental Health about the importance of approaching mental health care with a trauma informed perspective. (July 18)

Peter Rutland, professor of government, spoke to Fortune.com about the state of the Russian economy during the war with Ukraine. (July 16)

Antonio Farias, former Vice President for Equity and Inclusion at Wesleyan, was named by President Biden to the Commission on Presidential Scholars. (July 16)

Professor of Astronomy Seth Redfield spoke to the Republican-American about the photos from the James Webb Space Telescope. (July 14)

A documentary series directed by Matt Tyrnauer ‘91 examines the behind-the-scenes story of Victoria’s Secret. “Fantasy is more real than reality to Americans, generation after generation,” Tyrnauer told the New Yorker. “For me, that’s a constant theme.” (July 14)

Erika Franklin Fowler, professor of government and director of the Wesleyan Media Project, spoke to WTNH about the increase in political ad spending nationally and the stakes in the Connecticut gubernatorial race. (July 12)

HealthyPlanEat, a startup led by Rosemary Ostfeld, assistant professor of the practice environmental studies, was mentioned in a Hearst Connecticut Media story about Connecticut’s top ranking as a state that supports local farms and farm stands. (July 11)

TED science curator David Biello ‘95 presented a TED Radio Hour piece about the search for extraterrestrial life, uncovering how it may look and how we’ll know we’ve found it. (July 8)

Michael Bennet ’87, Democrat of Colorado, is seeking a third term in the United States Senate, according to a Colorado Public Radio profile. “I just don’t accept that we somehow have to accept, for our children and our grandchildren, a diminished expectation of what their opportunity looks like,” he said. “And I don’t accept that we can’t strengthen this democracy in very fundamental ways to pass something off to the next generation of Americans that we’re proud of,” Bennet said. (July 4)

Gary Yohe, the Huffington Foundation professor of Economic and Environmental Studies, Emeritus, addresses Congress’ intentions with the Clean Air Act when it was passed in 1970 in The Hill. “They knew more than 50 years ago that tasks being sent to the administrative state were major because of their potential enormous economic and political significance,” Yohe writes. (July 2)