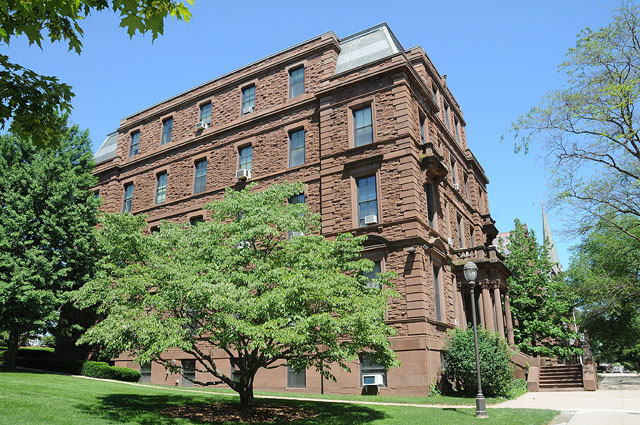 A recent paper co-authored by Anna Shusterman, professor of psychology, shows that for deaf and hard of hearing children, immediate access to language is needed to develop abstract concepts, like numeracy.

“Language is important in its own right, but it also serves as the foundation for many other domains, including social and cognitive development,” Shusterman wrote.

Shusterman’s study was published in the June issue of the journal Child Development.

Shusterman and her colleagues, Rebecca Peretz-Lange ’13 of SUNY Purchase (who wrote her senior thesis on the project), Talia Berkowitz of University of Chicago, and Emily Carrigan of University of North Carolina-Greensboro, tested number development in 44 deaf and hard of hearing, non-signing children ages 3- to 7-years-old and a comparison group of 79 typically developing hearing children.

By using number tasks that go beyond rote counting, they were able to assess children’s understanding of how number words related to quantity. On average, children who were deaf or hard or hearing from birth had a 23-month delay in access to language, a gap that has long term ramifications for future cognitive development.

“We found that the (deaf and hard of hearing) children learning spoken language showed delays in both language and number development,” according to the public summary prepared for the Child Development article.

According to the study, the delays in language access predicted language scores, which predicted number development.

Following the findings of this study, Shusterman joined forces with Marie Coppola at UConn to test whether these delays can be prevented if children learn sign language from birth. Indeed, sign language appears to be the way to bridge that gap. “All signs point to the conclusion that if a child signs from birth, there are no delays whatsoever,” Shusterman said.

Often parents are encouraged to have their children receive cochlear implants to correct the audiological problem, a process that takes time, and don’t feel they can take on learning sign language. This could be a mistake, said Shusterman, who is also co-chair of the College of Education Studies. Both processes could happen simultaneously, preventing a gap in children’s language acquisition. Recent research suggests that even if a parent is able to learn and convey to their child very basic sign language, there are substantial benefits.

She also noted that it is likely if delays in numeracy are seen, there are likely other cognitive impacts. “There are certain types of human thought that seem to need language,” Shusterman said.

It begs a larger question—is there a critical period for gathering language and other concepts, after which it becomes extremely difficult? For the students who ended up behind, there was little evidence that they were able to catch up. “If that window closes at some point, that would be really important to know,” Shusterman said.

nextWesleyan in the News, July 2022