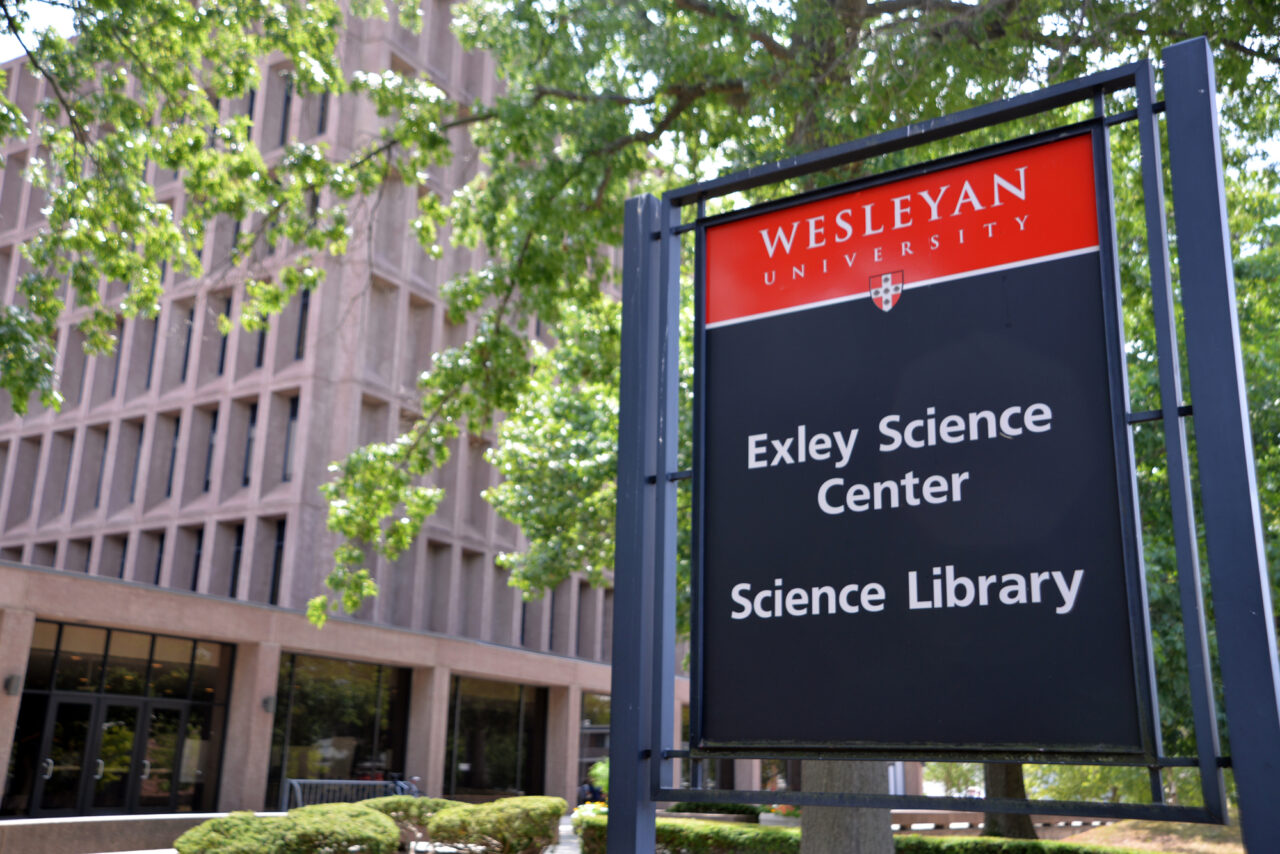 Almost every scientist has an origin story, the moment they knew a life of scientific inquiry and research was something they wanted.

“All of the faculty have that story,” said Seth Redfield, professor of astronomy, at the annual poster session held at Exley Science Center on July 28. “Almost all of them involve an experience like this one.”

About 200 students representing all of the University’s scientific disciplines shared the fruits of a summer spent doing research. The summer research program is hosted by the College of Integrative Sciences.

Students and faculty milled around the lobby of Exley, talking to each other about their findings and celebrating their collective achievements. While the campus outside was sleepy, Exley was alive. “There is a lot of happiness in sharing their hard work,” Redfield said. “If you go up to any of these students, they just light up.”

In addition to the student research on display, Meredith Hughes, associate professor of astronomy, shared a keynote talk about how the planets were formed.

As he sampled the students’ work, Redfield explained that the poster session research was not part of a class project or lab exercise–the students were tackling real research of their own design or making contributions to their professors’ long-term efforts. “They are doing cutting-edge work,” he said.

For many of the students, the poster session is just one demarcation point in a longer journey of continuing research and publishing in respected journals. “Research projects don’t always progress at the speed we want them to. This is a snapshot in time,” said Redfield.

Meili Stanten ’24 worked in Assistant Professor of Molecular Biology & Biochemistry Teresita Padilla-Benavides’s lab studying the effects of different metals on cellular processes, specifically the growth of muscle cells. Stanten, a molecular biology and biochemistry major, had spent some time in the lab sophomore year but was pulled in so many directions, she didn’t get to focus.

“That was great exposure to lab work, but I wanted to take the summer to do research without any distractions,” she said. “It made me feel a lot more connected to the subject. I definitely liked it a lot more than I thought I would.”

Kayla Penza ’24 studied whether play-based models helped preschoolers improve numeracy skills. It was a complicated question–initially, the answer was no, play-based models didn’t have an impact. Then she and her colleagues launched the second phase of their work, looking at each individual child’s characteristics. By making this important adjustment—a hallmark of sound scientific inquiry—Penza and her colleagues were able to make progress. “There was this giant thing we just didn’t consider,” said Penza, an education studies and psychology major. “Research can be a little removed from actual reality. There are just so many things at play in a classroom.”

Computer science majors Emma Tuhabonye ’23 and Latonya Smith ’24 worked together to analyze data from the Wesleyan Media Project about the presence of firearms in political advertising. (Research indicates that Republicans and female candidates were more likely to feature guns in their advertising. Guns were also more prevalent in ads for rural elections.) Tuhabonye and Smith used computer visioning and text analysis to scour an immense amount of data for information. “This project gave me a different perspective on data science itself,” Tuhabonye said.

The poster session was a day for the next generation of scientists to take the spotlight. “This is just a step in their journey as scientists,” Redfield said. next“Take Big Risks:” Treuhaft-Ali ’17 on Playwriting and Her Premiere at Barrington Stage