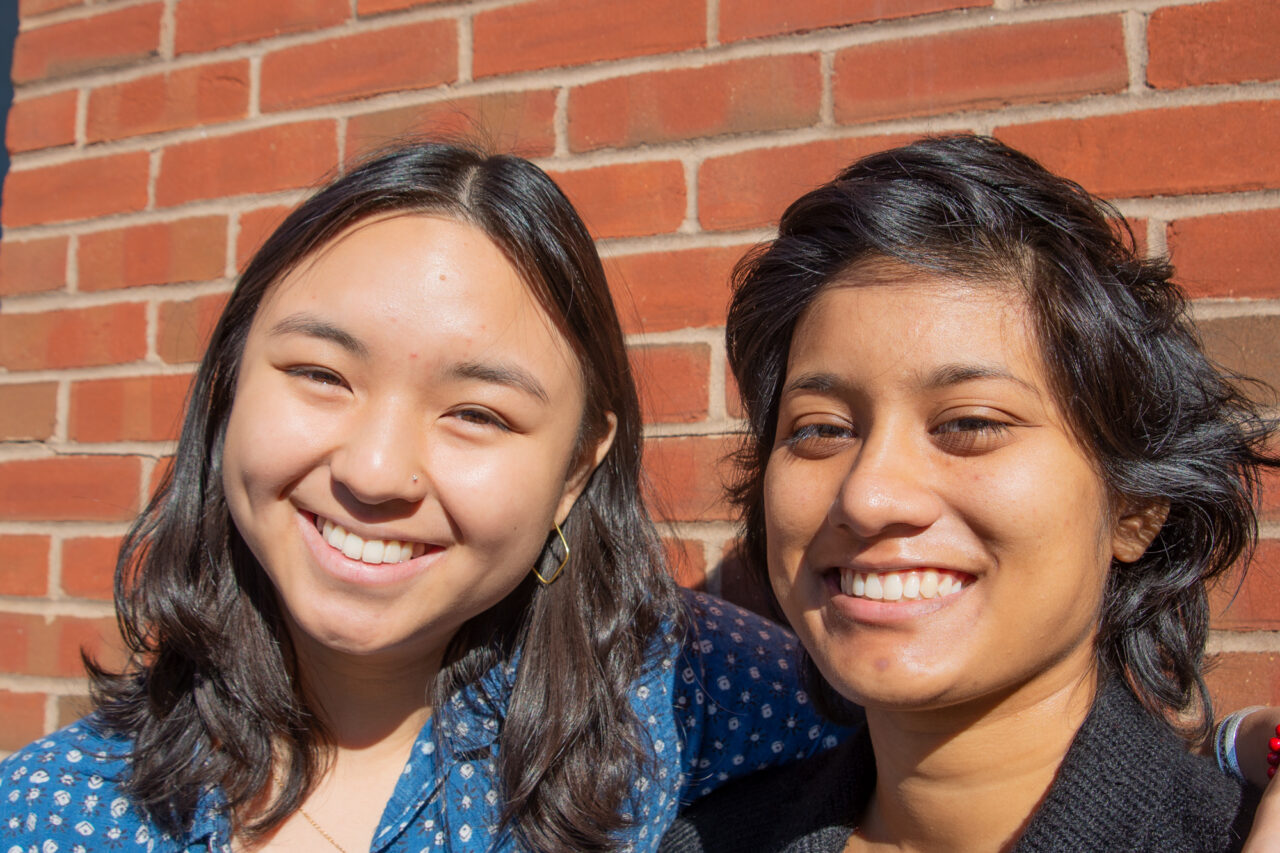 Housemates Charissa Lee Yi Zhen ’23 and Robyn Wong Min Xuan ’23 met during International Student Orientation and became close friends living in the Womanist House together Spring 2021. Now they have one more thing in common – they are the student recipients of the social justice award named for Peter Morgenstern-Clarren ’03, a social justice activist.

However, their journeys to activism took different paths­—one developed their passion long before they came to Wesleyan and the other discovered it while on campus.

Wong explained that while she learned leadership in high school, “Coming to the U.S. and specifically Wesleyan awakened my political consciousness.”

While civic engagement came naturally to her, Wong described the catalyst for her advocacy. “[It] really came to the fore during COVID at the height of anti-immigration sentiments during Trump’s administration. The particular precarity of international students impelled me to action in a way that I hadn’t experienced before. It became clear that advocacy was not simply something I wanted to do, but something I needed to do.” Wong said. Lee was interested in sexual violence prevention before Wesleyan but didn’t arrive on campus with the intention of taking a formalized approach to that work; she is the Sexual Violence Prevention Education Intern at WesWell. Moreover, she has worked with the University’s Protestant community and she, alongside other seniors, have built in structures into the leadership board of Wesleyan Christian Fellowship to ensure the community sustains their ministry after she graduates.

“The activism culture identify of the school was 100 percent the reason why I came to Wesleyan. It was a point of attraction,” Lee said.

Wong and Lee connected over their work for WesUSE and share a similar perspective on the label of ‘advocate’ and the notion of ‘measuring impact.’

“Advocacy and impact have been fetishized, cultivating the social justice label. With a culture of business and proving that we’ve done stuff, it’s easy to want to quantify. But some things in the impact space can’t be captured by numbers, and it doesn’t mean they’re not important,” Wong said.

Lee’s perspective on measuring impact is similar. “Measuring impact … should be clearly defined. But [measuring impact] on an interpersonal level, our struggle as leaders created deeper connection, allowing us to act as a centrifugal force for our community, which is diverse, holistic, and accepting, in ways I couldn’t imagine,” Lee said.

After college, Lee and Wong will head in separate directions—Lee into academia and Wong into corporate life. Either way, the two will part on their separate adventures, and will bring the spirit of advocacy and friendship wherever they go.