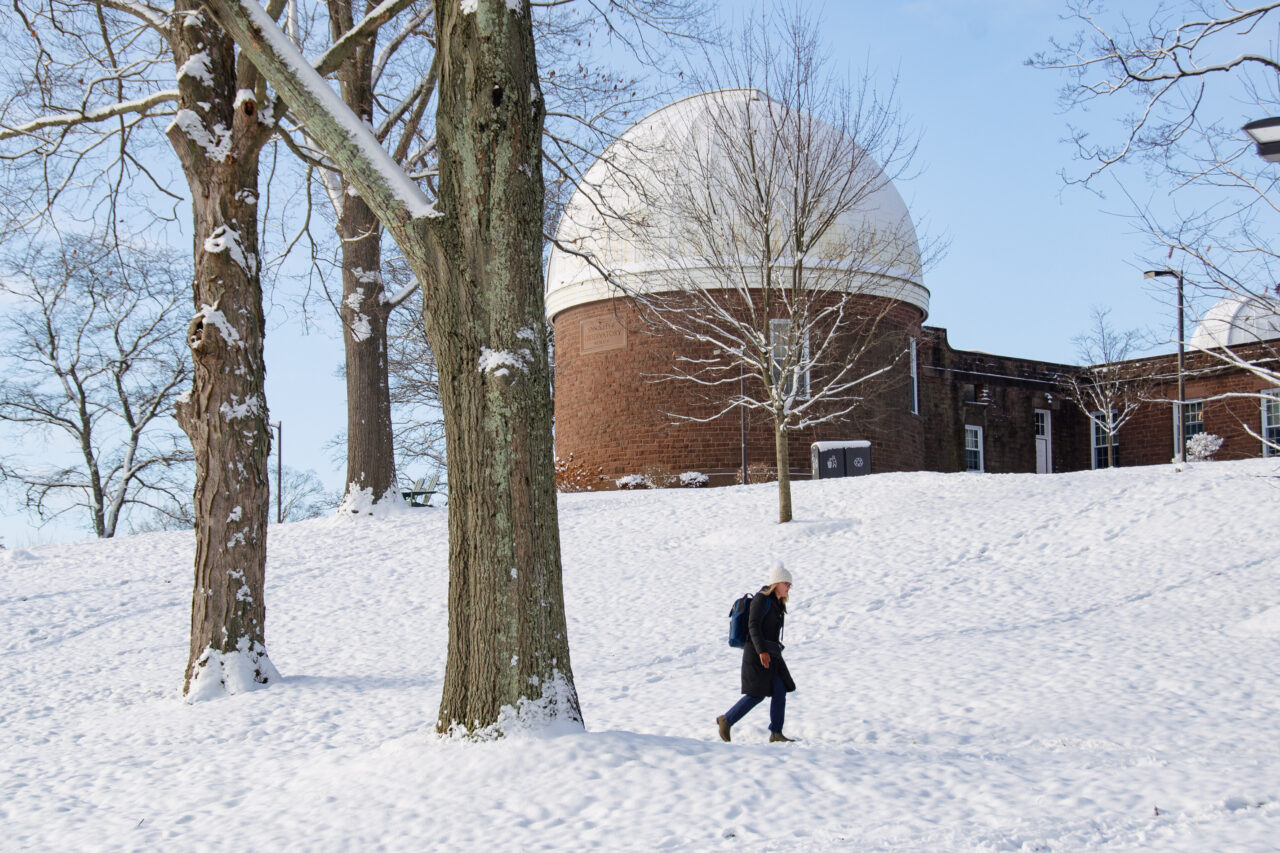 Assistant Professor of Theatre Maria-Christina Oliveras joined the cast of “Between Riverside and Crazy” by Stephen Adly Giuirgis as Church Lady. (Broadwayworld)

President Michael S. Roth ’78 reviews “In Praise of Failure: Four Lessons in Humility,” by philosopher Costica Bradatan in the December 28 Washington Post. “(Bradatan) looks at how various thinkers — Seneca, Mohandas Gandhi, Simone Weil, Emil Cioran, Yukio Mishima — detached themselves from an obsessive drive for worldly success by reckoning with failure and death. Bradatan wants us to grasp how striving to succeed prevents us from dealing with our mortality and hence from living a more meaningful life,” Roth writes.

Shapiro-Silverberg Distinguished Writer in Residence Merve Emre’s review of Gerald Murnane’s “Last Letter to a Reader” in the New Yorker was cited by Literary Hub as one of the 10 best book reviews of 2022.

Alvin Lucier, honored composer and John Spencer Camp Professor of Music, Emeritus, was offered a tribute by the podcast New Sounds, looking back on his work. Lucier died in December 2021.

Artist Judith Klausner launched a new exhibition entitled “(de)composed” at Brattleboro Museum & Art Center, running through March 4. “I like the idea of spending hours meticulously crafting something that most people think of as ruined,” she writes in an artist statement.

Ioana Emy Matesan, assistant professor of government, published an op-ed in The Conversation entitled “Muslim Brotherhood at the Crossroads,” examining the future of the Brotherhood after the death of its leader Ibrahim Munir.

Professor of Government Erika Franklin Fowler, co-director of the Wesleyan Media Project, spoke to The Daily Beast about the reasons why TV has such sticking power in political advertising.

Peter Rutland, professor of government, spoke to Newsweek about the ongoing conflict in Ukraine. “It seems pretty clear that without Western aid, Russian forces would have succeeded in capturing Kyiv in the early days of the war,” Rutland said. Rutland added that U.S supplies of weapons have also been crucial in enabling Ukraine to push back Russian forces around Kharkiv and Kherson.

The Cook Political Report used information from the Wesleyan Media Project in its 2022 election analysis.

Director of Counseling and Psychological Services Jennifer D’Andrea published a piece in the Hartford Courant offering tips on how to protect one’s mental health during the holiday season.

Assistant Professor of the Practice in Theater Eddie Torres is currently appearing in Bruce Norris’ Downstate at Playwrights Horizons in New York, which was extended through January 7, according to Broadwayworld.

Wesleyan University was among 30 other small liberal arts colleges that signed onto amicus briefs ― court filings from organizations or individuals who aren’t a party to a case ― in the two cases on affirmative action before the U.S. Supreme Court, supporting the inclusion of race as part of a “whole-person review process” in university admissions. (Yahoo News)

Wesleyan University is working with Middletown’s Downtown Business District to curate its storefront art project launched in 2021, which turns vacant buildings on Main Street into artistic and historical displays as a way to liven up the area and, at the same time, advertise which spaces are available for lease. (Middletown Press)

Professor of Religion Mary-Jane Rubenstein wrote a piece for The Christian Century entitled “Who Owns the Heavens?” With the space race outsourced to astropreneurs, Rubenstein says the final frontier is for sale to the wealthy few.

Professor of Government Erika Franklin Fowler, co-director of the Wesleyan Media Project, spoke about how the Georgia Senate race led all races in political ad spending in 2022.

Government Professor Peter Rutland just published a new article “The domestic foundations of Russia’s foreign policy’ in the Journal of Peace and War Studies,” October 2022, www.norwich.edu/pawc/journal.  In November he consulted with the US State Department on global responses to the war in Ukraine.

The association of Black Women Historians awarded Assistant Professor of African American Studies Kaisha Esty the Woods Brown article prize for “I Told Him to Let Me Alone, That He Hurt Me’: Black Women and Girls and the Battle over Labor and Sexual Consent in Union-Occupied Territory.”

The Modern Language Association recognized the co-authors of The Ferrante Letters: An Experiment in Collective Criticism as a stand-out work in collaborative scholarship. Merve Emre, a Shapiro-Silverberg Distinguished Writer in Residence, was one of those co-authors.

Shapiro-Silverberg Distinguished Writer in Residence Yuri Herrera’s book of stories, Ten Planets, is to be published in March by Graywolf.

Justine Buck Quijada, Associate Professor of Religion, appeared on WNPR’s The Colin McEnroe Show to discuss how animism is misinterpreted.

David J. Kuenzel, associate professor of economics, spoke to WalletHub about causes and impacts of inflation.