Grossman’s book covers the history of the industry during roughly the last 200 years, drawing examples as well from England, Australia, Japan, Canada and Western European countries. The book is divided into four sections: Crisis, Bailouts, Mergers and Regulations. Diane Klare, head of reference at Olin Library, spoke to Grossman about banking history. Klare worked more than 16 years as a financial analyst in the banking industry. “My interest in banking and the topic of Richard Grossman’s book comes from several levels,” she said. “I’ve always loved history and how it seems that it often repeats itself, and as a financial analyst (for Barclays, which became Shawmut, Fleet and later Bank of America), I did primarily financial forecasting, budgeting, and evaluation of mergers.” The economic crisis that led to the recent recession is only one of the reasons Grossman decided to write Unsettled Account. (Photos by Olivia Drake)

In the video below, Grossman discusses the four elements of economic downturns in American banking that tend to occur in cycles: 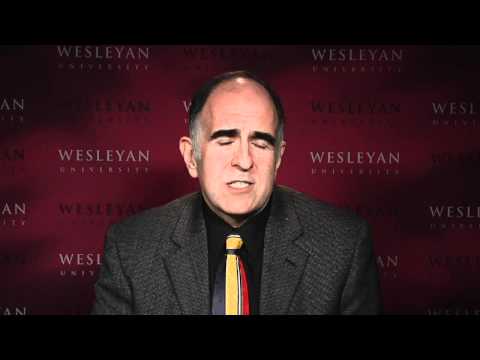 More information on Grossman and Unsettled Account is online here.