“The book opens with the 1660 hanging of Mary Dyer, who was executed for being a Quaker. Gottschalk chronicles America’s lapses in religious tolerance — shameful periods that deprived followers of a number of faiths — and concludes with a chapter that impels Americans to do better. ‘Living up to one’s own ideals is always a perilous process, but one can’t start without first accepting the ways in which one has not done so.'” 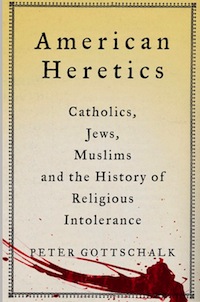