The Never-Ending Assault by Microbes 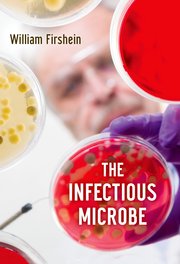 “Of the approximately ten million cells that make up the human body, there are billions of microbes that come along with them.”

In a post on OUPblog (the blog of Oxford University Press), William Firshein, the Daniel Ayres Professor of Biology, emeritus, reminds readers of the multitude of microbes that can make us sick, including antibiotic resistant pathogens that infect more than 2 million people in the U.S. each year. Given the constant assault we’re under from these pathogens, how do our bodies defend us? In this blog–and in a new book titled The Infectious Microbe, published by Oxford University Press in January–Firshein walks readers through the biological processes involved in warding off pathogens.

He writes: “How does the body interact with these ‘foreign’ entities? The immune system must protect the body from attack by pathogens and also from the formation of abnormal cells which could turn cancerous. Two types of immune responses exist. One is under the control of antibodies (proteins which circulate in the blood stream) that resist and inactivate invading pathogens by binding to them. The other is mediated by a certain type of white blood cell called a lymphocyte that destroys abnormal (potentially cancerous) cells and viral infected cells. Together, with other white blood cells, they present a formidable defense against infection and abnormality.”