Assistant professor of Astronomy Meredith Hughes and eight colleagues have found evidence of magnetic fields in stardust – an indication that magnetic fields are important in the process of planetary system formation, according to a new paper in the journal Nature.

The discovery is another step in work by Hughes and other astronomers to understand how celestial bodies are formed. It is known that magnetic fields in the “accretion disks” of stars play a dominant role in the star formation process.

Using data from an observatory near Bishop, Calf., Hughes and her colleagues were able to spot signs of magnetic fields in the dust of the disk of a star about 300 light years away. While magnetic fields have been detected in regions that represent the very earliest stages of star formation (the so-called Class 0 and Class I stages), this is the first time they have been seen around a star with an older age closer to when we believe planetary systems form.

“This is an important result,” Hughes said. “It’s the first time that we’ve seen magnetic fields this late in the process of star and planet formation. And like any good scientific result, when you find something new it opens up whole new sets of questions we can ask.”

In fact, Hughes said the astronomers did not expect the results they got. “I honestly didn’t think it was going to work – we had been trying so long with Class II sources and hadn’t found anything,” she said. “But I thought, we might as well try this last source that is just a little younger than most Class II sources. You want to try everything you can – but it was really a surprise when it worked.”

The paper, “Spatially resolved magnetic field structure in the disk of a T Tauri star,” was published Oct. 22. Nature is the world’s most highly-cited interdisciplinary science publication. The 145-year-old journal is published weekly.

This spring, a group of five students enrolled in Wesleyan’s Geologic Field Mapping service-learning class undertook a project to map the geology of Gillette Castle State Park and develop educational materials for the general public based on this map: fal.cn/399z8 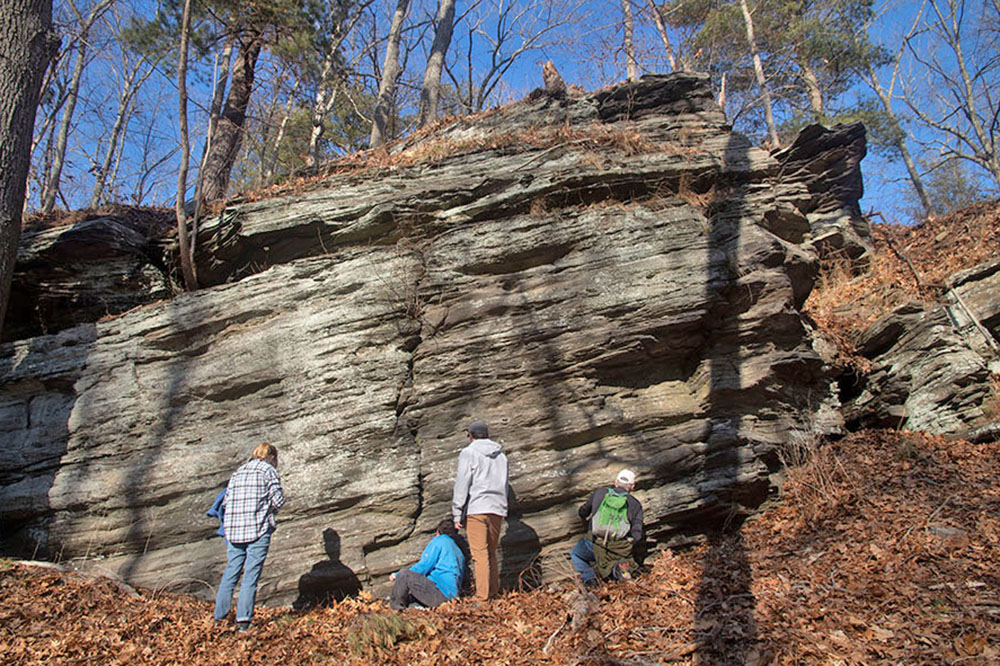 We @wesleyan_u are working with other schools (joined in filing an amicus brief) and our Congressional delegation to stop new regs targeting international students. We are determined to protect & support them. Here are some FAQs wesleyan.edu/academics/reac… Retweeted by Wesleyan University

Wesleyan University's Center for the Arts 3 weeks ago