Assistant Professor of East Asian Studies Scott Aalgaard studies modern and contemporary Japan, including the experiences of Japanese-Americans during World War II, when approximately 120,000 people of Japanese descent were forced into internment camps. We spoke to him about the echoes of that history in the surge in racist incidents against Asian-Americans since the start of the COVID-19 pandemic.

Professor Aalgaard, as we think about the increase in racist acts against people of Asian descent in the United States today, can you please offer a brief history of racism faced by Asian-Americans?

The first thing that I want to argue is that we can’t understand either the Japanese internment during the Pacific War or the present crisis with racism surrounding the coronavirus as exceptions. Racism is very much the norm instead of the exception in this country and others. It’s also critical to understand that racism isn’t just about vilifying the other, it’s about solidifying a sense of a pure self. In the North American context, that sense of self is understood as white. This is an argument that Ta-Nehisi Coates makes in his writings about how the construct of whiteness itself was created by positively contrasting it against blackness at the time of slavery.

When Japanese-Americans find themselves targeted after the Empire of Japan attacks Pearl Harbor in December 1941, that experience is just one plot point along a much longer historical arc of anti-Asian racism that’s been around in the United States since at least the 1880s. The Chinese Exclusion Act is signed in 1882; the Asiatic Exclusion League is formed in 1905; there are various actions by the government aimed at ending Japanese labor migration into the US. So there are all sorts of things going on in the background that are very much about economics and labor power, and the perception that individuals are finding their way to American shores who will work for less than a white laborer will, and will steal “our jobs.”

Japan fights on the side of the Allies in World War I. In the wake of the war, when the League of Nations is founded, Japan attempts to propose a racial equality clause to the League’s Covenant that would bar discrimination on a racial basis. This is vetoed by Woodrow Wilson and ironically becomes one of the factors that leads to the rise of Japan’s own imperialist policies, which leads to war with the Americans.

During the Pacific War, at least 120,000 people of Japanese descent, mostly American citizens, are sent to internment camps. Of course, there is absolutely no security justification for what happened. It becomes part and parcel of creating this racialized narrative of the villainous enemy. The flip side of that coin is this creation of a heroic narrative of a pure (white) self.

Do things improve after the war ends?

The internment of Japanese-Americans ends in the US in 1945. In Canada, the internment of Japanese-Canadian also ends but restrictions on their freedom of movement are in place until 1949. The world doesn’t suddenly change with the end of the war. A lot of the racialized imagery that was part and parcel of the war continues to circulate. In my classes I show a Bugs Bunny cartoon from 1944 called “Bugs Bunny Nips the Nips.” It’s absolutely horrifying in its racist depictions. Even more horrifying is that it remains on TV in syndication until as late as 1993. But this is just one example of a whole slew of racist images that were deployed to frame and prosecute the Pacific War, images depicting the Japanese as insects and apes, which are being contrasted with an image of the heroic white man who is going to save the world.

With the coronavirus pandemic, we see something very similar. There’s this desperate attempt right now to believe in a pure, healthy self. A self that is somehow fundamentally immune to all of this, if only we can keep the sick, invading, infecting other at bay. In this moment, Asian-Americans (and Asian-Canadians, because the same thing is happening in Canada) are being vilified to fit this equation. We can see the implications in Trump’s rhetoric; he’s consistently calling this the “Chinese virus” in a way that locates the virus elsewhere and fosters these really dangerous notions that we—the community of the healthy and good—would be fundamentally just fine if it wasn’t for the invading, infecting other. I think it’s partly how he’s trying to downplay the impact of the virus in the United States, and it opens up Asian-American communities to attack. Even when Trump recently tweeted in an attempt to diffuse racist attacks against Asian-Americans, he still talked about “them” and “us.”

I understand that unfortunately your own family has experienced this kind of attack recently.

My daughter, who is biracially Japanese, attends middle school in Middletown, and she came home from school for about two weeks saying that some of her classmates were doing things like calling her “corona,” asking if she eats dogs, and asking if she’s bringing sickness into the school. For a while, she wanted to deal with this on her own, but finally we went in and talked to the school officials about it. To their credit, they took action right away. These are just kids, though—12 and 13 years old. They’re obviously hearing this stuff at home.

It’s happening to kids like my daughter, and it’s happening in more virulent and violent ways in countries around the world. The question becomes, how do we fix this? I don’t really know, but I think as a start, we have to understand that racism isn’t just about how the other is defined. It’s about how the self is defined. What sort of stories are we telling ourselves that allow us to go out and survive in the world with a sense of confidence, keeping anxiety at bay? What are the possible negative ramifications of those stories? It’s a hard leap to make, especially at this moment when everyone is so afraid. If COVID-19 is going to become this moment that allows us to re-evaluate human relationships and how we live in this world, then I think we need to take a hard look at how we think about racism.

Do you have any hope that this might happen?

I guess the one thing that gives me hope is the ways in which I’ve seen my students grapple with these questions at Wesleyan. I teach a Proseminar for East Asian Studies majors in which we do a lot of thinking about questions of self and other, politics, and race and racialization. Before everything fell apart and students all went their separate ways, we had this conversation about the implications of COVID-19 in terms of race and community fracturing. I was so impressed by the degree to which students were willing to listen, engage, and think constructively about how and why these problems come to the fore and how we need to check ourselves and be conscious of our own assumptions and how we are acting. It just left me with so much hope. These students are all back in their own communities now, and I hope they are taking that really great intellectual prowess, their ability to think critically, and fanning it out in their own spheres of influence. 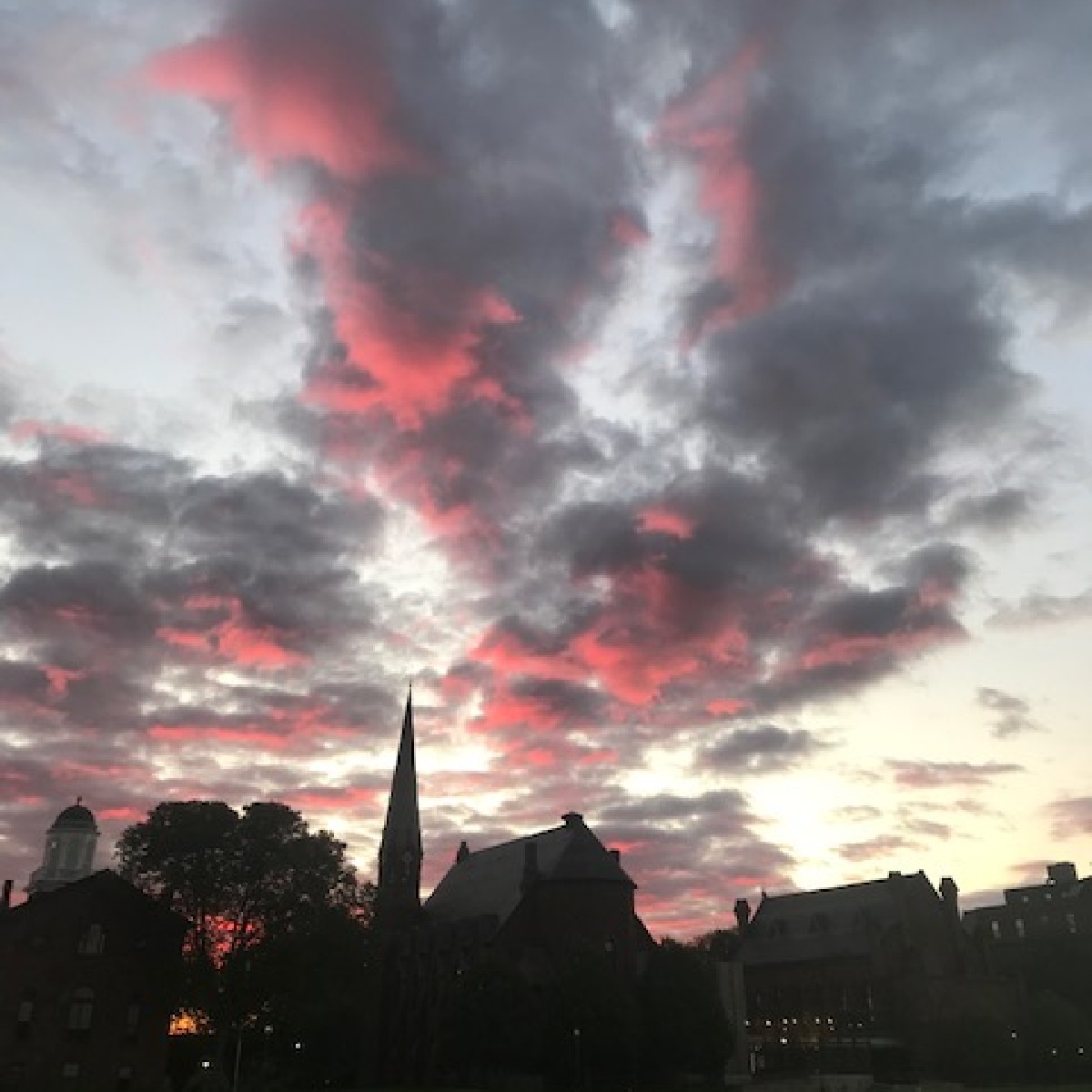 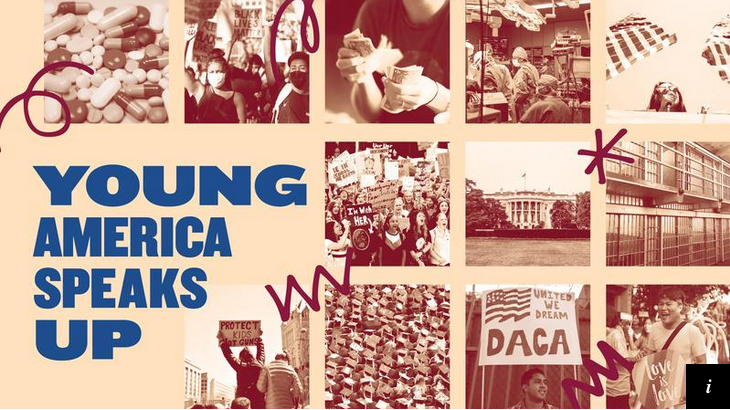