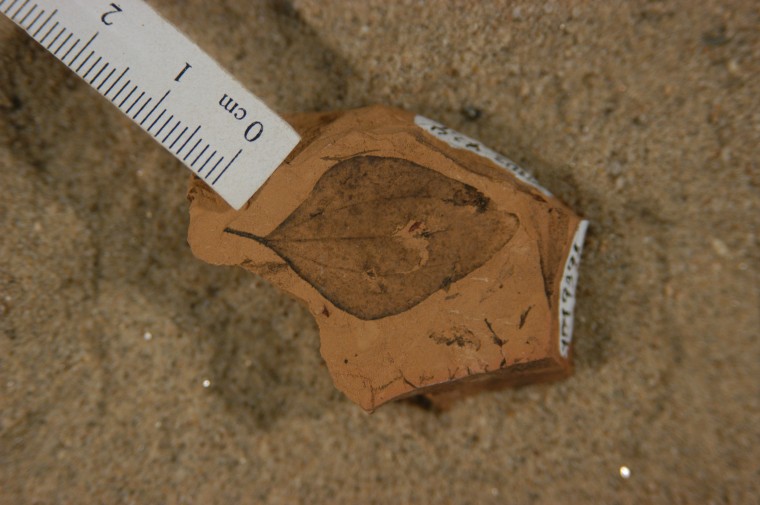 Sixty-six million years ago, a meteorite struck the Earth with enough force that the ensuing environmental changes, including floods, earthquakes, variable temperatures and light-obscuring dust clouds, possibly wiped out dinosaurs and other pre-historic life. Scientists believe this opened a path for mammals, and ultimately humans, to evolve.

A new study by Dana Royer, associate professor of earth and environmental sciences, and colleagues from the University of Arizona and the Denver Museum of Nature and Science suggests that the chaos in the wake of the space rock’s impact changed the Earth’s plant life as well. Deciduous plants survived and flourished to a much greater extent than flowering evergreens, the scientists believe, probably because their properties made them much better able to respond to climate conditions post-impact. The deciduous plants, not needing to maintain their leaves year round, essentially needed less energy for survival.

“After an event of this kind, you would not see a lot of sunlight for many months to several years,” Royer said. “Plants would have to go into a dormancy or semi-dormancy, and while evergreens are kind of stuck with the leaves that they have, with this `nuclear winter’ the deciduous plants could have passed through the environmental stress more easily.”

In the journal PLOS Biology, the team showed how they applied bio-mechanical formulas to fossilized leaves of flowering plants dating from the last 1.4 million years of the Cretaceous period and the first 800,000 of the Paleogene. Royer explained that they used measurements of the stalk or stem of fossilized leaves to gauge as closely as possible the actual mass per area of the leaves. That told them how the plants were using energy.

“From this we can see how fast or how slow these plants were turning over their nutrients,” he said.

The fossils the team used — about 1,000 in all — were collected in North Dakota and housed in the Denver museum. The plants do not exist today, but one type of plant studied from this period has relatives in the sycamore family familiar in North America, Royer said.

Royer, whose interests revolve around using plants to reconstruct ancient environments, was among the first scientists developing the fossil-measurement system used in this study.

“I’m interested to see what the next set of rocks is that we can use these tools on,” he said.