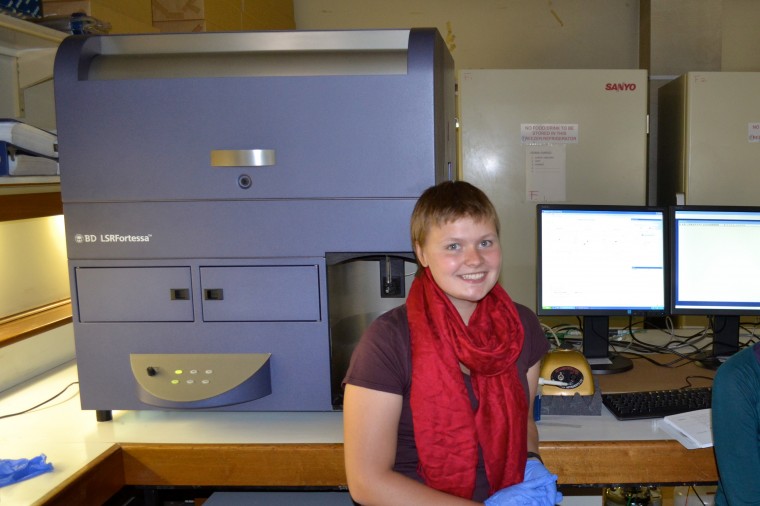 A paper co-authored by molecular biology and biochemistry major Holly Everett ’15 is published in the December 2014 issue of Nature Communications. The article, titled “High-throughput detection of miRNAs and gene-specific mRNA at the single-cell level by flow cytometry,” describes a novel approach to visualizing RNA and protein simultaneously at the single cell level.

This new technology uses gene-specific probes and a signal amplification system based on a “branched DNA” principle. The authors show that this novel flow-FISH (for “Fluorescent in situ hybridization”) technique is sensitive, specific and can be multiplexed with simultaneous detection of three different gene-specific RNAs. The results further demonstrate their ability to measure expression of genes critical for immune cells, such as cytokines, in white blood cells specifically targeting the HIV or CMV viruses. The authors also demonstrate the capacity to detect mRNAs for which flow antibodies against the corresponding proteins are poor or are not available. Read more about the study online here.

Everett, who is completing her degree in three years, worked on this study between her sophomore and senior (gap) year, starting in 2013. She hopes to continue this research next year at a HIV and TB research institute in Durban, South Africa.