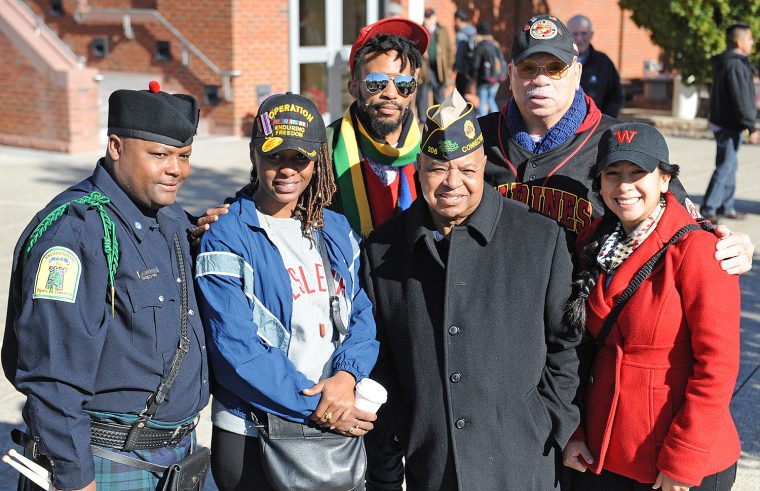 On Nov. 12, the Wesleyan community honored local veterans, as well as students, faculty, staff, alumni and parents who served in the military at “Salute to Service: Honoring Our Veterans.” The event was held prior to Wesleyan’s last football game vs. Trinity College for the “Battle of the Birds.”

Following the program, Wesleyan’s Director of Athletics Mike Whalen ’83 led the veterans onto Andrus Field where they were greeted in the end zone by the Cardinal football players. The Middletown Police Bagpipe Association performed prior to the veterans’ public recognition.

Tim Day, who served with the U.S. Marines, was named an honorary football captain and led the coin toss to start the game.

Photos of Salute to Service: Honoring Our Veterans are below: (Photos by Rebecca Goldfarb Terry ’19) Watch a video below: