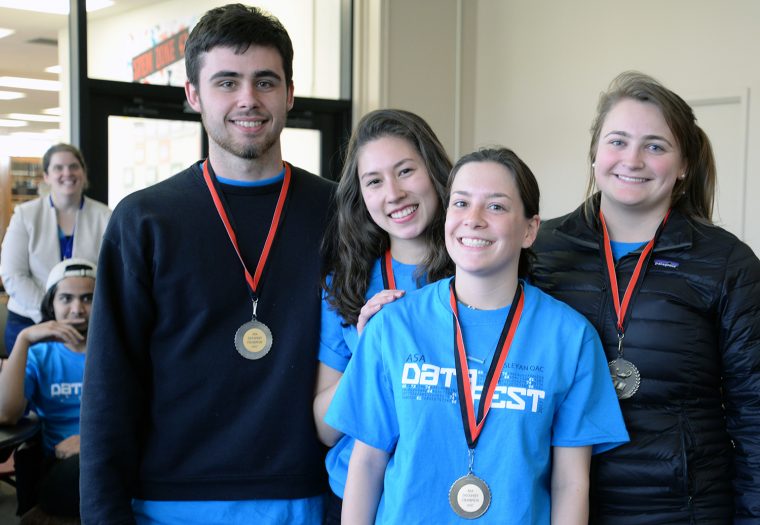 The Wesleyan team Data Baes took one of the top prizes for “Best Innovation” during DataFest, held March 31 to April 2 at Exley Science Center. Seventy-five students from six institutions participated in the annual analysis competition.

During DataFest, students are presented with a large, complex data set and work over the weekend to explore, analyze and present their findings. Teams of three to five students work together and compete against other teams from Wesleyan, Connecticut College, Yale University, Lafayette College, University of Connecticut and Trinity College.

Under the auspices of the American Statistical Association, the event is organized by the Quantitative Analysis Center (QAC).

At the end of DataFest, each team had five minutes to present their findings to the judges. The judging panel included data scientists, research analysts and a biostatistician from Boehringer-Ingelheim, CKM Advisors, The Brattle Group, Pfizer and TEK systems at Pratt and Whitney. DataFest winners were honored with a $50 cash prize, a medal, a certificate, and a year-long membership to the American Statistical Association.