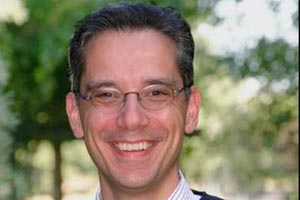 Did you ever wonder how we arrived in a post-truth era, where “alternative facts” are substituted for actual facts and feelings are given more weight than evidence? In Post-Truth (MIT Press, 2018), Lee McIntyre ’84—a research fellow at the Center for Philosophy and History of Science at Boston University and an instructor in ethics at Harvard Extension School—explores the long history of the phenomenon . . . and what’s different this time around. Q: Many people think that post-truth is a new idea, borne of Brexit and the 2016 U.S. presidential election, but in your book, you explore the history behind the concept. Historically speaking, when did the idea first arise?

A: The word “post-truth” first started to be used in the 1990s, in a political story in a magazine. But the real interest here is that in 2016 the Oxford Dictionaries named post-truth their word of the year. This was due to a 2,000% increase in usage from 2015! So the word post-truth is of fairly recent origin. But the roots behind it, as I explore in my book, go back to science denial in the 1950s and cognitive bias that has been with us since the dawn of human civilization.

Q: As you note, the idea of a single objective truth has never been free from controversy. If this is true, can it be argued that post-truth is really just an alternative view of the truth? Can there be such a thing, in your opinion?

A: An alternative view of truth—or the claim that there is no such thing as objective truth—is the bread and butter of epistemology. Philosophers debate the meaning of truth all the time: what is the appropriate concept of it, what its relationship is to knowledge, belief, certainty, etc. In the political context, though, things are different. Post-truth arose not from some philosophical quarrel, but from politicians who wanted to impose their reality on others. Here I draw a distinction with something like “spin doctoring” where everyone really knows that the person is lying and shading the truth, e.g., “my candidate obviously won the debate last night,” versus claiming that obviously false things are true, e.g., “the murder rate went up in the USA last year.” I see post-truth as the first step toward authoritarian rule.

Q: You argue that when we set forth a statement as fact with the intent to manipulate someone into believing something that we know is untrue, we have crossed the line from interpretation to deliberate falsification. Is this, for you, where post-truth begins?

A: Like lying, post-truth is intentional. It is a strategy. There are many different tactics that one might use in post-truth (lying, propaganda, selective exposure to information, etc.), but the intent is what matters. The analogy with lying is telling: A lie has to be made on purpose. One cannot accidentally lie. Similarly, post-truth is the deliberate attempt to see information through a political lens before it is shared with the public. That is when post-truth begins. When political expediency is more important than telling the truth about reality, we have crossed over into post-truth.

Q: We talk about political spin and how its intent is to influence others. But you see post-truth in its purest form to be when one thinks the audience’s reaction to the lie told actually changes the lie to truth. Can you give an example, from both sides of the political aisle, of this phenomenon of a lie “becoming” truth?

A: I think that in the purest cases the goal of post-truth is to get the audience not even to doubt what one is telling them. One doesn’t want to convince them . . . one wants to tell them what is true so that they automatically believe it. In such a case, one might raise a very scary metaphysical question: “Is the truth even true if no one knows it or believes it?” A good example was when President Trump said that there had been a riot in Sweden over immigration. There wasn’t one. But then the next night, perhaps as a result of his remarks, there was one. He took credit for that. By telling the lie he made it the truth. Not literally of course. But in his own mind I think he feels that if enough people believe something he says it doesn’t really matter if it is true or not, because the reaction is the same.

Q: While post-truth is not a new phenomenon, you draw a distinction between historic and contemporary notions of it. You say, “one gets the sense that post-truth is not so much a claim that truth does not exist as that facts are subordinate to our political point of view.” You say this can be seen as a form of ideological supremacy. How so?

A: The best answer to this is to quote the eminent Holocaust historian Hannah Arendt, who said: “The ideal subject of totalitarian rule is not the convinced Nazi or the convinced Communist, but people for whom the distinction between fact and fiction . . . between true and false . . . no longer exist.”

A: Cognitive bias is wired into us, as part of our evolutionary inheritance. No one is precisely sure why. Some scholars have conjectured that it is because there is survival value in being able to convince others that something is true, even when it’s not. I’m not sure I buy this because one could make an equally compelling case that believing untrue things could get us killed. In any case, whatever our political stripe, we all have cognitive biases. The most familiar one is “confirmation bias” where we are prone to search for evidence that backs up what we already think is true. There has been some experimental work on cognitive bias across the political spectrum that is quite interesting. In one study, done by Brendan Nyhan and Jason Reifler, they found something called the “backfire effect,” which is that political partisans were unmoved in their mistaken beliefs about factual topics (that they were motivated to believe) even when they were presented with correcting information! That is a troubling result, and it was bipartisan. The second part of the story, though, that rarely gets told in the media is that with conservatives (and only with conservatives) that was a “doubling down” effect too, where the correcting information could sometimes make them more prone to hold onto their mistaken beliefs. Think about that for a minute. The correcting information had an effect, just in the opposite direction! No such effect was noted for liberals.

Q: Today’s post-truth challenges are different from those in the past because of the rise of new media and our 24/7 media culture. Can you explain how that change in the media has exacerbated the problem?

A: Fake news and propaganda have been around for a long time. What happened recently is that the decline of traditional media, and the rise of social media, have allowed false information to be weaponized. What I mean here is that it can be spread faster, targeted, and applied as a kind of disinformation campaign in real time so that its effect can be multiplied. This is new. The old joke is that a lie gets halfway around the world before the truth can get its pants on. These days, the liars are given megaphones. When you click on a fake news story, then forward it to a friend, that is the source of the problem. Add this to the problem of confirmation bias, and you have people who live in news silos where they only hear what they want to hear, and spread those stories—true or not—without ever bothering to see if they are true. The fact that things can “go viral” on the internet is the source of the problem. Fake news is like a disease. In the old days, an epidemic might have been isolated to one community or spread slowly. These days we can have a pandemic.

Q: To end where we began, at Brexit and the 2016 election. You say in your book that although these two events may seem “inextricably tied up with post-truth, neither was the cause of it—they were the result.” How so?

A: Brexit and the 2016 election were made possible because of forces that had been building for more than 50 years. I think that the main root of post-truth is science denial. This started in the 1950s with cigarette companies going into panic mode when scientists were about to publish a study that showed a link between cigarette smoking and cancer. They decided to “fight the science.” They hired their own experts, did bogus studies, bought full-page ads in newspapers, and got the word out that “no conclusive link between cigarette smoking and cancer has been established.” Well that’s actually true because—due to the problems with inductive reasoning—no conclusive causal relationship has ever been shown between ANY two things. What this did, though, was create doubt in the mind of the general public, and that was the point. The cigarette companies rode this wave of doubt for the next 40 years as they sold cigarettes. And the blueprint for this sort of science denial was then used for other science denial campaigns against acid rain, the ozone hole, evolution by natural selection, the Strategic Defense Initiative, and climate change. Without all that, I don’t think post-truth would have been successful. People learned to doubt facts and truth in general because they started with doubting scientific facts and truth about science. Add to this cognitive bias, the decline of traditional media, the rise of social media, and a dash of postmodernism, and you had a perfect environment for post-truth.

Q: In your opinion, can we move past this post-truth era? And what needs to happen now in order for us to do so?

A: Lies need to be challenged. Always. And truths needs to be repeated. There is experimental evidence that shows that people who have mistaken views can be convinced by facts, if the facts are repeated often enough. There is something called the “repetition effect,” which allows people to believe something when they hear it often enough, whether it is true or not. This has been used by dictators to great effect throughout human history. But this also works for facts and truth. People who believe in truth cannot just say “those guys are idiots” and leave the field. If they do, then only liars will have a voice. We need to challenge lies so that the audience for the lies can hear another point of view.

A: Human beings have a deep-seated need to know the truth. We can deny it, spin it, ignore it, and find every way in the world to avoid it, but ultimately there is a desire to know the truth, even when it hurts us. Look at the people of Ukraine. After they deposed their leader, they stormed his palaces and summer houses not to loot the riches that were stolen from them, but to gather information to find out what had happened to all of their money. They took ashes out of the fireplace and re-created documents. And people sometimes do this sort of thing even against their own interests. Why do killers keep souvenirs of crimes that can be used against them? Why did Nixon keep the tapes? Why do we have such a visceral reaction to the destruction of things that can PROVE the truth, even when it’s a truth we hope no one finds out? I think it’s because we care about truth.