Gottschalk in The Conversation: Who are Pakistan’s Ahmadis and Why Haven’t They Voted in 30 Years? Wesleyan faculty frequently publish articles based on their scholarship in The Conversation US, a nonprofit news organization with the tagline, “Academic rigor, journalistic flair.” In a new article, Peter Gottschalk, professor of religion, discusses “Who are Pakistan’s Ahmadis and Why Haven’t They Voted in 30 Years?” Gottschalk also is professor of science in society, director of the Office of Faculty Career Development, and coordinator of Muslim studies.

Who are Pakistan’s Ahmadis and why haven’t they voted in 30 years?

Pakistani cricket star-turned-politician Imran Khan, is all set to be the country’s new prime minister. His party emerged the single largest in recent elections.

It is only for the second time in the 71-year history of this second largest Muslim majority country that a democratically elected government, will transfer power to another after completing its full term. The nation’s military has intervened repeatedly to remove leaders and has directly controlled the country for about half of its history.

And so this recent milestone in Pakistan’s democracy has elated many citizens. However, one community boycotted the recent elections, as they have for over three decades: the Ahmadi, a religious minority.

Who are the Ahmadis and what does their boycott tell about the role religion has played in Pakistan’s nationalist politics?

The Ahmadi of Pakistan
The origin of the Ahmadi community goes back to the British-ruled India of 1889. At the time, in the province of Punjab (a region that would later be split between an independent India and Pakistan), a Muslim religious leader, Mirza Ghulam Ahmad, became disenchanted with what he viewed as Muslim decadence that allowed for the humiliating experience of foreign rule.

Like many Indians, he wondered what needed to change in order to overcome the invaders.

Many European missionaries wanted to “free” Indians – both Muslims and Hindus – of what they characterized as their religious ignorance by bringing them to the “truth” of Christian traditions.

With the British government’s consent, some traveled through cities and rural areas to publicly denounce Islamic and Hindu traditions, while others published pamphlets doing so.

To restore the wholesomeness of Islamic traditions that had once influenced much of South Asia, Ghulam Ahmad reinterpreted branches of Islamic thought. He broadcast the message of reform through his prolific writing. Most prominently, he claimed to be both the Messiah and a prophet.

Most Muslims believe that Isa, or Jesus – whom they recognize as a prophet akin to Muhammad – will return as a Messiah, a figure expected to prepare the world for Judgment Day. In contrast, Ghulam Ahmad claimed to displace Isa in this role and announced that the end times were near.

What was more problematic, particularly to Islamic scholars, was his claim as a prophet. Most Muslims understand Muhammad as the “seal of the prophets,” the last sent by God. The Quran represents the final revelation offered to humanity by God. Ghulam Ahmad addressed these concerns by claiming to be a lesser type of prophet.

His message attracted growing numbers of followers among Muslims struggling to deal with the realities of British rule. Many were drawn partly to his strident criticism of Christian missionaries and Hindu activists who denigrated them. In 1889 he inaugurated a small group called the Jamaat-i Ahmadiyya (the Organization of Ahmad), that helped spread his message.

Although some Ahmadis later turned away from their leader’s most disputed assertions, the Jamaat-i Ahmadiyya held steadfast to his claim to prophethood. This group viewed him as nothing less than the Messiah who had returned to help humanity as it faced its end.

They made Rabwah, a town in Pakistan’s province of Punjab, their headquarters.

During Ghulam Ahmad’s life, Islamic scholars expressed disapproval with other scholars or individual Ahmadis. However, in 1947, after Pakistan was established as a separate Muslim homeland, some Islamic scholars publicly attacked the theology of the Ahmadis. Various politicians harnessed the controversy to their nationalist politics.

The politics of defining the true Muslim
The first major expression of anti-Ahmadi sentiment targeted an Ahmadi, Chaudhry Zafarullah Khan, who held the foreign minister’s post in 1953.

Some Muslims circulated rumors that Ahmadis proselytized among Muslims and represented a Western-supported conspiracy. This spurred riots throughout the country in 1953 that led to six deaths. Subsequently, the government removed all Ahmadis, including Zafarullah Khan from prominent official posts.

For the next two decades, the campaign against the Ahmadi proceeded haltingly, staggering between occasional local tensions and evolving political agendas.

In 1974, however, the town of Rabwah became the epicenter of antagonism. Following riots targeting Ahmadis in many parts of Pakistan, Prime Minister Zulfikar Bhutto – among the least religiously inclined of Pakistan’s leaders – bowed to Islamist pressure to make constitutional amendments declaring Ahmadis as non-Muslims.

Later in 1984, legislation prohibited Ahmadi from proselytizing or even professing their beliefs. Matters worsened a year later when the government divided Pakistan’s electorate into “Muslim” and “non-Muslim.” This required voters to declare whether they accepted Muhammad as the final prophet. Ahmadi who declared themselves Muslim faced penalties.

The bottom line is since 1985 most have not participated in an election. Casting a vote would require them to explicitly denounce themselves as non-Muslims, which would have its own consequences.

Nationalism’s double-edge
What is important to understand is that the roots of the current electoral conflict do not inherently lie either in Mirza Ghulam Ahmad’s message nor the Ahmadiyya community.

The conflict emerges from an ideology of nationalism that inherently promotes a sense of belonging in its citizens, at the risk of exclusion of certain “outsiders.”

As Britain abandoned South Asia in 1947, Pakistan’s founders established a secular state meant to protect Muslims as a separate homeland from the political threats they saw in a Hindu-majority India. Certain Islamist political groups and politicians combined religious identity, language and symbols to foster national unity.

Specific domestic religious groups were targeted as the enemy of the public in order to garner popular support. In 2011, Pakistan was ranked at the top on Pew Research Center’s index on social hostilities involving religion. The Ahmadis were one targeted group.

Just as the Trump administration questions the loyalty of Muslim-Americans and simultaneously defines “true” Americans, increasing numbers of Pakistani politicians and Islamists after 1947 portrayed the Ahmadis negatively in order to project themselves as protectors of “true” Muslim Pakistanis.

By 2012, only 7 percent of Pakistanis considered Ahmadis as Muslims. An Ahmadi mosque in the eastern city of Sialkot, Pakistan, demolished by extremists in May 2018. (AP Photo/Shahid Ikram)

In this environment, the Ahmadis, representing perhaps 0.2 percent of Pakistan’s 208 million population, continue to struggle. They have been the targets not only of electoral discrimination but also of vandalism against their places of worship. They have been accused of blasphemy, and laws have made it illegal for them to recite the Quran. They are also not allowed to have Islamic inscriptions on headstones, or even call their places of worship “mosques.”

Many have despaired of finding acceptance in their national homeland and emigrated to other nations. In Pakistan, as the recent election shows, they continue to struggle with a nationalist politics of exclusion. 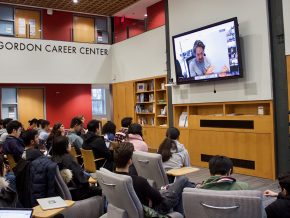