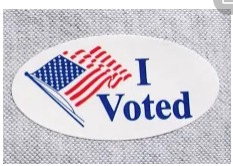 Alumni who have met with success in the midterm elections include:

An article in the Greenwich Time quoted Bergstein, post-victory, as saying, “‘I am elated. I am humbled. I am grateful and I am so ready to serve.’ … Calling herself a ‘different kind of Democrat,’ Bergstein said she would work outside of Hartford’s two-party system.”

A News 12 story noted that Bergstein’s win was historic because “A Democrat has not represented Greenwich and New Canaan in the state Senate for 88 years.”

Writing for the Baltimore Sun, reporter Ian Duncan described Maryland Attorney General Brian Frosh ’78 as “mild-mannered” and “a Democrat who has emerged as one of the Trump administration’s chief antagonists.” Calling it an “easy victory” over Frosh’s Republican challenger, Duncan noted that Frosh has been battling the president over his “continued ownership of a Washington hotel” in an effort to “stand… up for Maryland residents’ rights and values….”

The Houston Chronicle had endorsed Amy Martin ’99, on Oct. 9, 2018, noting, “Martin, 41, told us that she devotes much of her time to representing impoverished clients and has been involved in some high-profile death penalty cases. Any law-and-order Republicans worried about voting for her will be happy to learn that she is married to a police officer.”

An Associated Press article in New York News 1, notes that Rose took “two weeks off from his campaign in August for National Guard training,” and quotes him as saying: “The story of this country has always been that no matter our differences, no matter the challenges in our way, we do what others said was impossible and they said this was impossible.”

Do you know about other Wesleyan alumni who won an election? Email newsletter@wesleyan.edu.