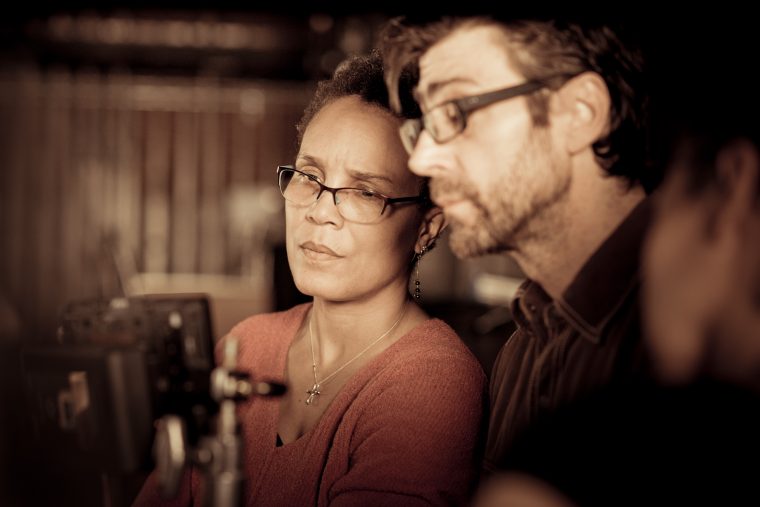 Wesleyan’s College of Film and the Moving Image (CFILM) is launching the Wesleyan Documentary Project, an initiative to teach, support, and produce nonfiction film and video.

Beginning this fall, the Wesleyan Documentary Project will be led by Tracy Heather Strain and Randall MacLowry ’86, the duo behind the Boston-based documentary film company, The Film Posse. They will join Wesleyan’s faculty as professors of the practice, teaching courses in documentary creation and studies.

MacLowry and Strain will also relocate their production company to Middletown, where they will continue to produce films for PBS and other outlets. Together, The Film Posse and the Wesleyan Documentary Project will support filmmaking on campus.

“Through the Wesleyan Documentary Project, we aim to expand opportunities on campus for nonfiction filmmaking and study,” said Strain. “Our world needs creative and diverse documentary storytellers more than ever. We are committed to helping them find their voices.”

“The Film Posse has a long history of selecting Wesleyan students as interns. We’re excited to further integrate students into our professional activities, and aim to provide students with real-world professional experience tailored to a liberal arts setting,” said MacLowry. “Our projects are well-suited to students’ intellectual interests and strengths.”

In addition, the Wesleyan Documentary Project will institute a “documentary hotline,” a mechanism through which graduates can seek advice about writing grants and producing and distributing their work. It will also host an annual event centered on fact-based storytelling with new works by leading artists.

“We are thrilled to welcome Tracy and Randy to Wesleyan. They bring the professional excellence and teaching strength to reinvigorate the Film Department’s already robust offerings in documentary filmmaking and study,” said Scott Higgins, director of the College of Film and the Moving Image, the Charles W. Fries Professor of Film Studies, and curator of the Wesleyan Cinema Archives.

Wesleyan has offered instruction in documentary making and study from the earliest days of its film program. In recent years, Visiting Assistant Professor of Film Studies Sadia Shepard has taught a popular documentary course in which students delve into the lives of ordinary local residents and then screen the resulting short films at The Buttonwood Tree in Middletown.

In addition, Wesleyan boasts an expansive roster of documentarians among its alumni, including James Longley ’94 (Iraq in Fragments), Douglas ’86 and Roger Kass ’83 (Emptying the Skies), Sebastian Junger ’84 (Restrepo), Jem Cohen ’84 (Instrument) Roger Weisberg ’75 (Dream On), Jessica Sanders ’99 (After Innocence), Lana Wilson ’05 and Martha Shane ’05 (After Tiller), Sascha Paladino ’98 (Throw Down Your Heart), Shannon Sun-Higginson ’10 (GTFO), Lynn Levy ’05 (The Habitat), Marc Shmuger ’80 (We Steal Secrets: The Story of WikiLeaks),  and many others.

Listen to the CFILM Podcast with Strain and MacLowry here.