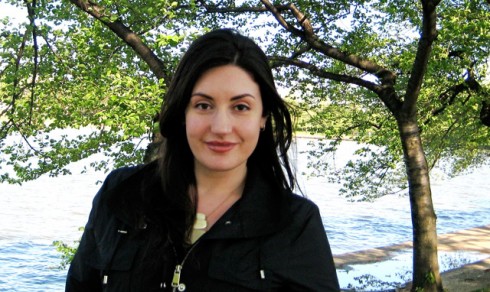 From May 28 to May 30, Associate Professor of History Victoria Smolkin attended a conference in Rome, Italy, on the “Cultures of Unbelief,” organized by the Nonreligion and Secularity Research Network and the Vatican’s Council on Culture.

She spoke on “The Culture of Unbelief 50 Years On,” which commemorates the 50th anniversary of the original “Culture of Unbelief” conference, organized in 1969 by the Vatican’s Secretariat on Non-Believers and the University of California, Berkeley. Her copanelists included Cardinal Gianfranco Ravasi, president of the Pontifical Council for Culture, and Andrew Copson, president of the International Humanist and Ethical Union. Professor of Theology and the Sociology of Religion and Director of the Benedict XVI Centre for Religion and Society at St Mary’s University Stephen Bullivant moderated the panel.

The “Cultures of Unbelief” conference brought together leading academics, leaders of religious and nonreligious groups, journalists, educators, and others to understand the meaning of being a religious “unbeliever.” Topics explored how “unbelievers” engage with religion; their diverse existential, metaphysical, and moral beliefs; and prospects for dialogue and collaboration between believers and unbelievers.

Smolkin also presented a conference paper titled, “Atheism as a vocation: What can socialists teach us about modern belief and unbelief?”