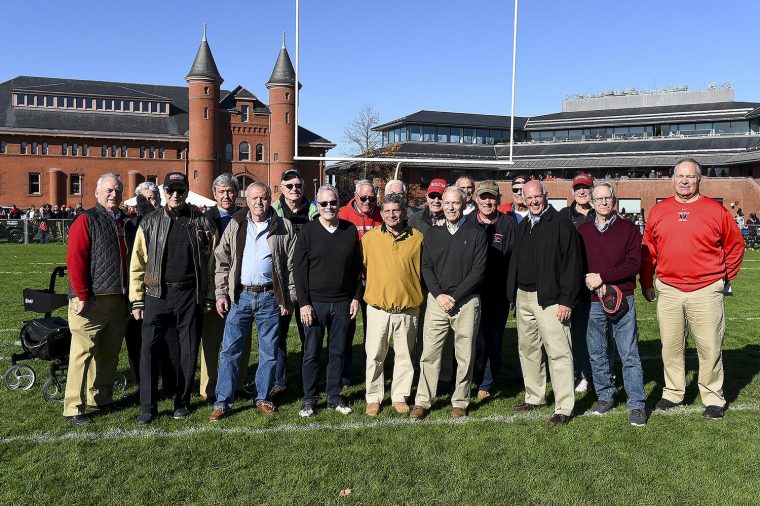 This football season marked the 50th anniversary of Wesleyan’s undefeated football season of 1969. It was a year that garnered a number of individual and team honors. The team was named the UPI New England College Division Champions and they shared the Lambert Cup with the University of Delaware as the East’s top-achieving college division team. Individually, the late Dave Revenaugh ’72, MALS ’98 was ranked sixth in New England for scoring, and the late Peter Panciera ’71 was ranked ninth in New England for passing.

The Athletics Department hosted a dinner to honor the team on the Friday evening of Homecoming weekend.

Also invited to the dinner was the 1960s All-Decade Team, a group nominated and elected by their peers. This year, 26 alumni who played during that decade were selected, with Coach Don Russell as the All-Decade 1960s coach.

The Undefeated Team of 1969 and the 1960s honorees were invited onto Andrus Field at halftime and introduced to the large Homecoming crowd.